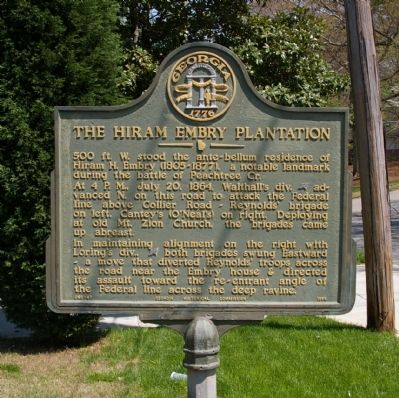 By David Seibert, April 8, 2009
1. The Hiram Embry Plantation Marker
Inscription.
The Hiram Embry Plantation. . 500 ft. W. stood the ante-bellum residence of Hiram H. Embry (1805-1877), a notable landmark during the battle of Peachtree Cr., At 4 P.M., July 20, 1864, Walthall’s div. [CS] advanced N. on this road to attack the Federal line above Collier Road -– Reynolds’ brigade on left, Cantey’s (O’Neal’s) on right. Deploying at old Mt. Zion Church, the brigades came up abreast., In maintaining alignment on the right with Loring’s div., [CS] both brigades swung Eastward -- a move that diverted Reynolds’ troops across the road near the Embry house and directed its assault toward the re-entrant angle of the Federal line across the deep ravine. . This historical marker was erected in 1955 by Georgia Historical Commission. It is in Atlanta in Fulton County Georgia

In maintaining alignment on the right with Loring’s div., [CS] both brigades swung Eastward -- a move that diverted Reynolds’ troops across the road near the Embry house & directed its assault toward the re-entrant angle of the Federal line across the deep ravine.

Topics and series. This historical marker is listed in this topic list: War, US Civil. In addition, it is included in the Georgia Historical Society series list. A significant historical month for this entry is July 1713. 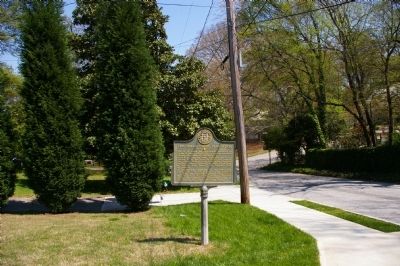 Click or scan to see
this page online
of Howell Mill Road, on the left when traveling east. Touch for map. Marker is in this post office area: Atlanta GA 30325, United States of America. Touch for directions.

Additional commentary.
1. Hiram Embry
My husbands grandmother was Berma Embry Jones, and this Hiram Howard Embry was her great grandfather. I have lots of family history and would love to get to visit here myself someday. She told us many stories about this place. Note To Editor only visible by Contributor and editor
— Submitted October 13, 2010, by Eileen Washington of Marble Falls, Texas. 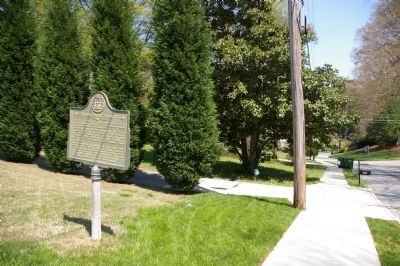 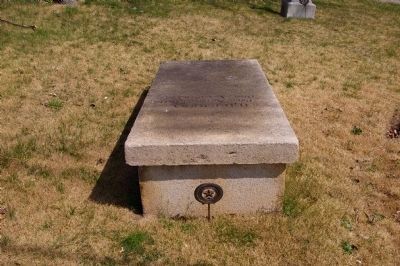 By David Seibert, March 27, 2010
4. Hiram H. Embry Monument
This monument to Hiram H. Embry is located nearby at the site of the old Mt. Zion Baptist Church on Howell Mill Road 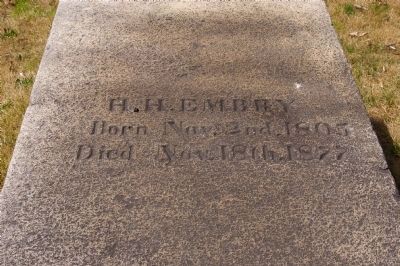