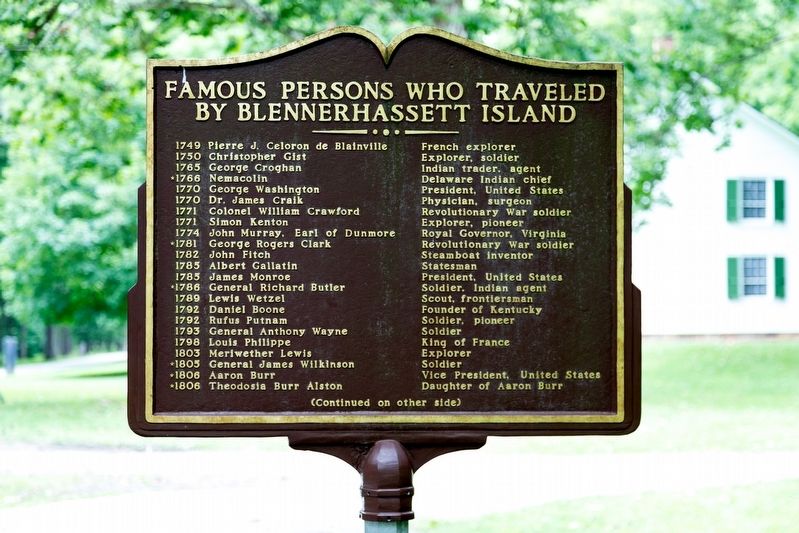 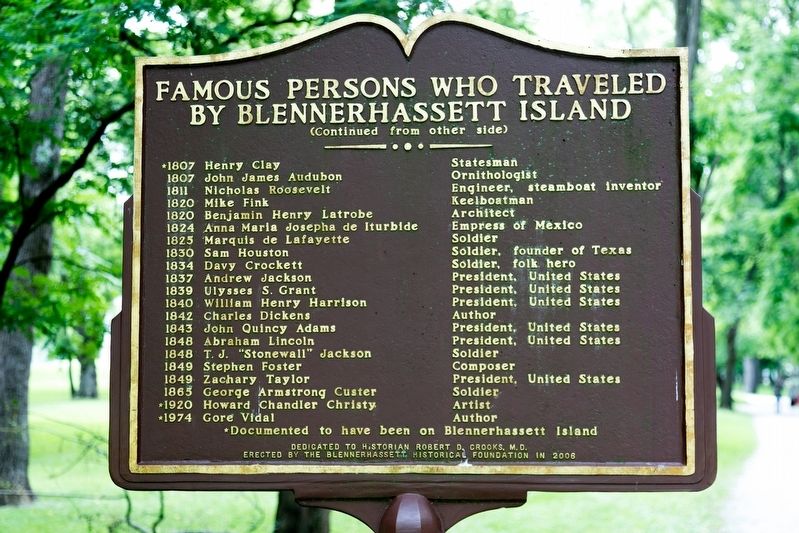 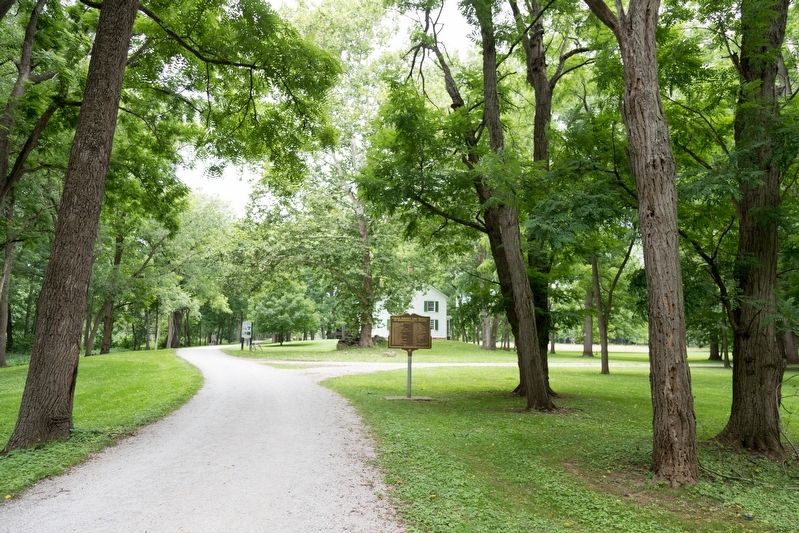 Photographed By J. J. Prats, July 11, 2021
3. Famous Persons Who Traveled by Blennerhassett Island Marker
The house in the distance is “Maple Shade,” 1802 home of the Putnam-Houser family. It was moved here to the island from across the river in Ohio in 1986.
2006 by the Blennerhassett Historical Foundation and dedicated to historian Robert D. Crooks, M.D.

Topics and series. This historical marker is listed in this topic list: Parks & Recreational Areas. In addition, it is included in the Lafayette’s Farewell Tour series list. A significant historical year for this entry is 1749.

Location. 39° 16.294′ N, 81° 36.127′ W. Marker is in Blennerhassett Island, West Virginia, in Wood County. Marker can be reached by sternwheeler riverboat passenger ferry ($12 round trip) from Point Park on 2nd Street in Parkersburg between May 1st and early October. Ferry departs on the hour from 10 AM to 5 PM. Last ferry departs the island at 5:30 PM. Blennerhassett Island Historical State Park is closed Mondays (except Memorial Day and Labor Day), Tuesdays in September and October, and for the winter after the last weekend in October until the first weekend in May. You should call ahead to verify this information at +1-304-420-4800 or 1-800-CALL-WVA. Touch for map. Marker is in this post office area: Parkersburg WV 26101, United States of America. Touch for directions.