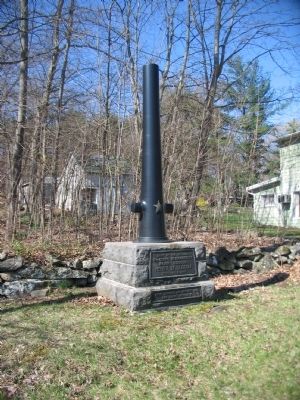 By Craig Swain, April 4, 2009
1. 12th. Corps Headquarters Marker
The marker incorporates a 4.5-inch Model 1861 Siege Rifle with a star over the trunnions. The star is the symbol of Twelfth Corps.
Inscription.
12th Corps Headquarters. Army of the Potomac.
Army of the Potomac 12th. Corps Headquarters Major General Henry W. Slocum July 1, 2, 3, 4. 1863, Were located on Powers Hill 280 yards westerly. . This historical marker was erected in 1913 by Gettysburg National Military Park Commission. It is in Cumberland Township in Adams County Pennsylvania

Topics. This memorial is listed in this topic list: War, US Civil. A significant historical date for this entry is July 1, 1863.

Location. 39° 48.48′ N, 77° 13.071′ W. Marker is in Cumberland Township, Pennsylvania, in Adams County. Memorial is on Baltimore Pike (State Highway 97), on the right when traveling south. Located near Powers Hill in Gettysburg National Military Park. Touch for map. Marker is in this post office area: Gettysburg PA 17325, United States of America. Touch for directions. 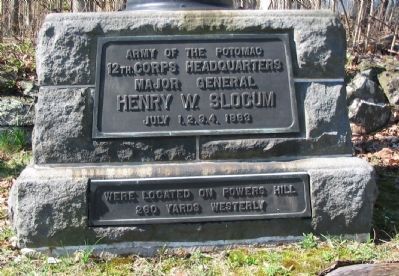 Also see . . .  Reports of Maj. Gen. Henry W. Slocum. Reflecting on the actions of his Corps in the battle, Slocum said:
My own corps during this conflict was moved from one point of the line to another, and all of those thus moved had the satisfaction of knowing that, where the battle was waged by the enemy with the greatest fury, there our troops were concentrated, ready and eager to meet them. (Submitted on April 12, 2009, by Craig Swain of Leesburg, Virginia.) 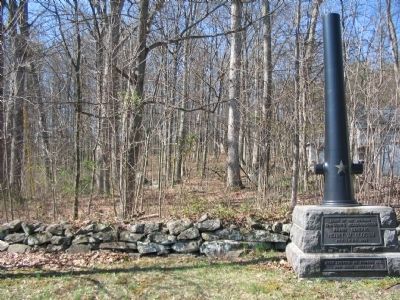 By Craig Swain, April 4, 2009
3. Looking West Past the Marker
Looking past the marker up the slope of Powers Hill. 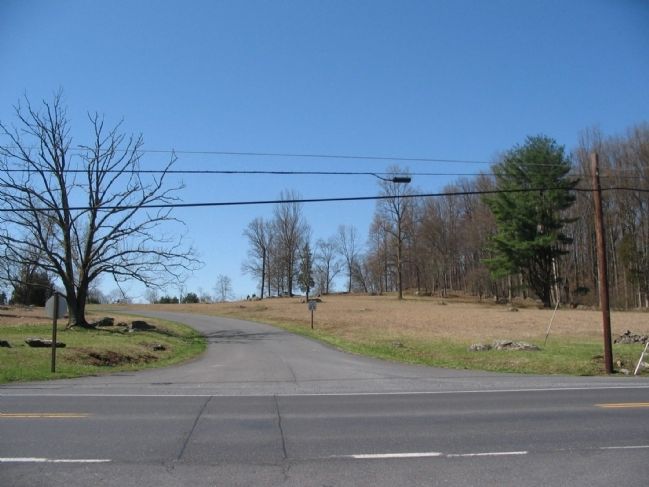