Part of the United States? 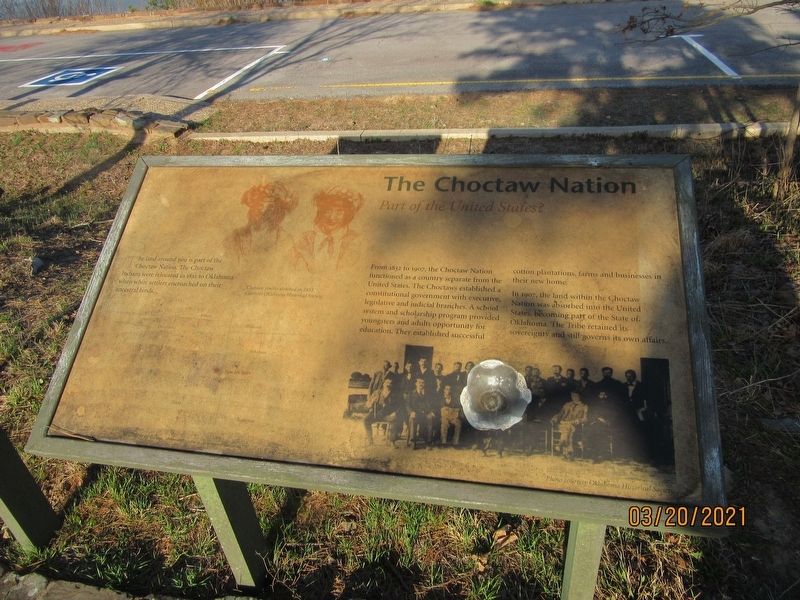 The land around you is part of the Choctaw Nation. The Choctaw Indians were relocated in 1832 to Oklahoma when white settlers encroached on their ancestral lands.

From 1832 to 1907, the Choctaw Nation functioned as a country separate from the United States. The Choctaws established a constitutional government with executive, legislative and judicial branches. A school system and scholarship program provided youngsters and adults opportunity for education. They established successful cotton plantations, farms and businesses in their new home.

In 1907, the land within the Choctaw Nation was absorbed into the United States, becoming part of the State of Oklahoma. The Tribe retained its sovereignty and still governs its own affairs.

Topics. This historical marker is listed in this topic list: Native Americans. A significant historical year for this entry is 1832. 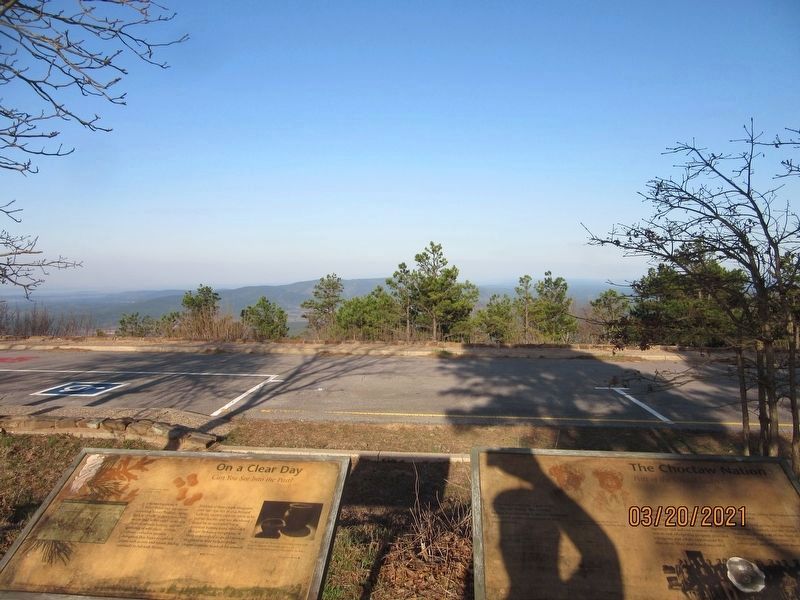 Click or scan to see
this page online
Byway (State Highway 1) north of Forest Road 6010, on the left when traveling north. The marker is in the center of the Panorama Vista loop. Touch for map. Marker is in this post office area: Wister OK 74966, United States of America. Touch for directions.