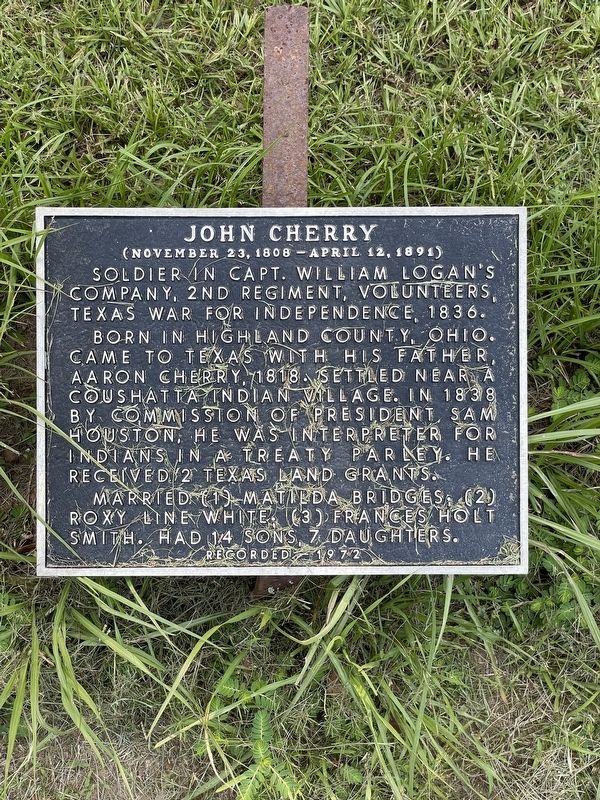 Born in Highland County, Ohio, came to Texas with his father, Aaron Cherry, 1818. Settled near a Coushatta Indian village. In 1838 by commission of President Sam Houston, he was interpreter for Indians in a treaty parley. He received 2 Texas land grants.

Location. 30° 13.875′ N, 94° 58.063′ W. Marker is near Dayton, Texas, in Liberty County. Marker can be reached from the intersection of State Highway 321 and County Road 300. Marker is located within Ryan Cemetery. Touch for map. Marker is in this post office area: Dayton TX 77535, United States of America. Touch for directions.

Other nearby markers. At least 8 other markers are within 14 miles of this marker, measured as the crow flies. Ryan Cemetery (about 500 feet away, measured in a 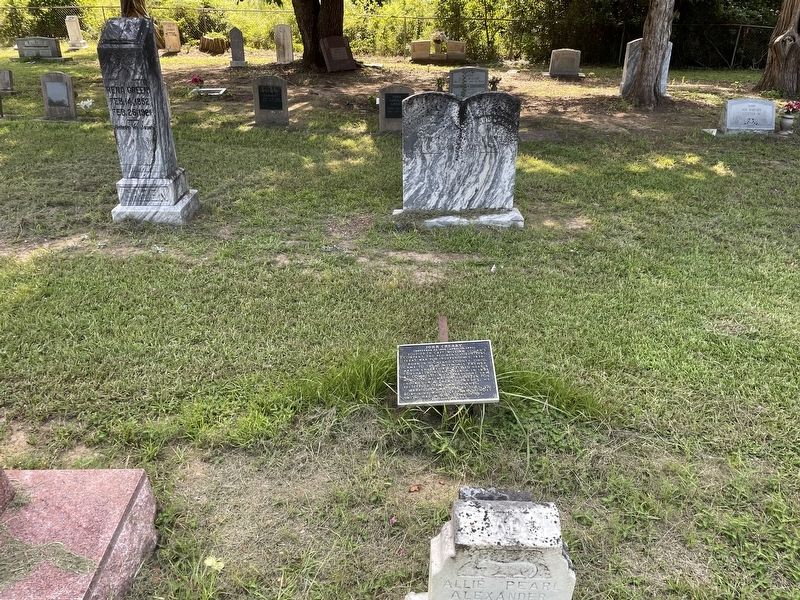 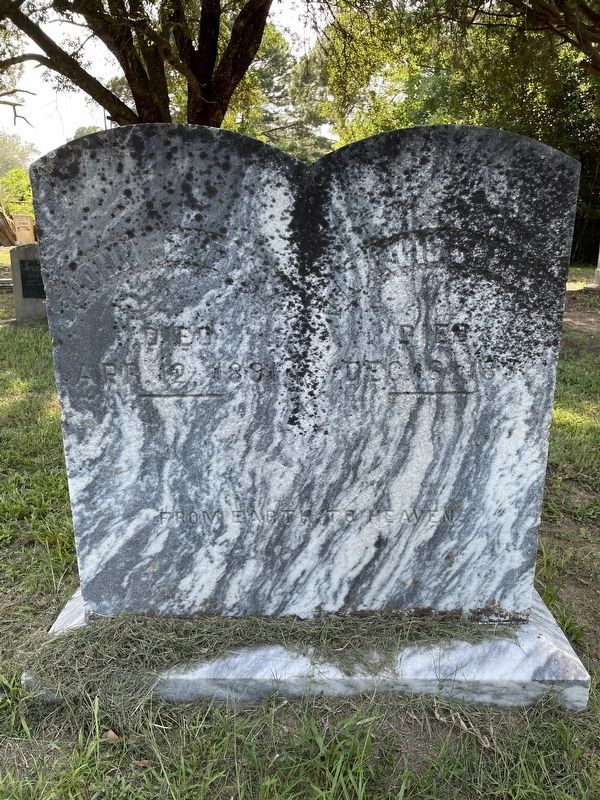