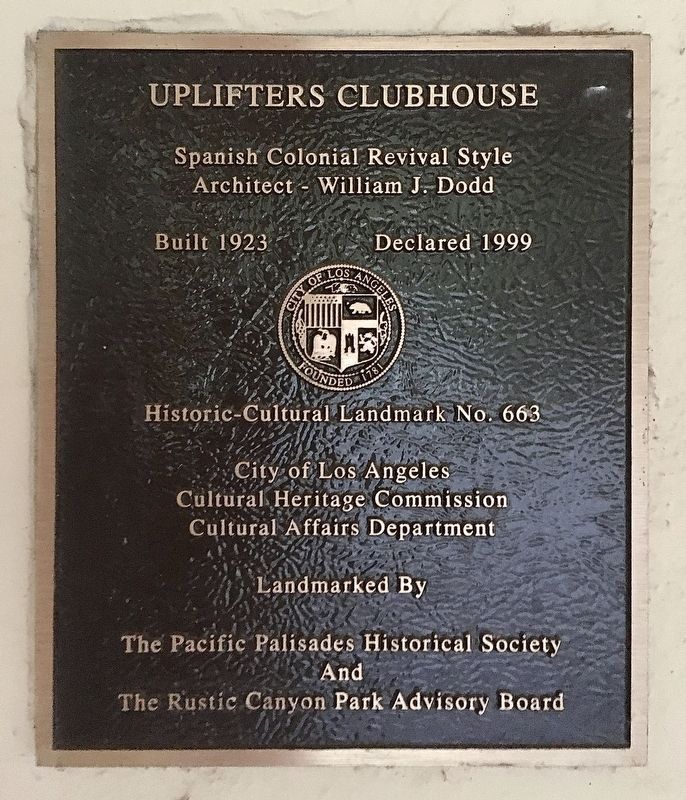 Topics and series. This historical marker is listed in these topic lists: Architecture • Fraternal or Sororal Organizations • Parks & Recreational Areas • Settlements & Settlers. In addition, it is included in the City of Los Angeles Historic-Cultural Monuments series list. A significant historical year for this entry is 1923.

Location. 34° 2.267′ N, 118° 30.889′ W. Marker is in Pacific Palisades, California, in Los Angeles County. Marker is at the intersection of Latimer Road and Haldeman Road, on the left when traveling north on Latimer Road. Located at Rustic Canyon Recreation Center. Touch for map. Marker is at or near this postal address: 601 Latimer Rd, Santa Monica CA 90402, United States of America. Touch for directions.

Other nearby markers. At least 8 other markers are within 2 miles of this 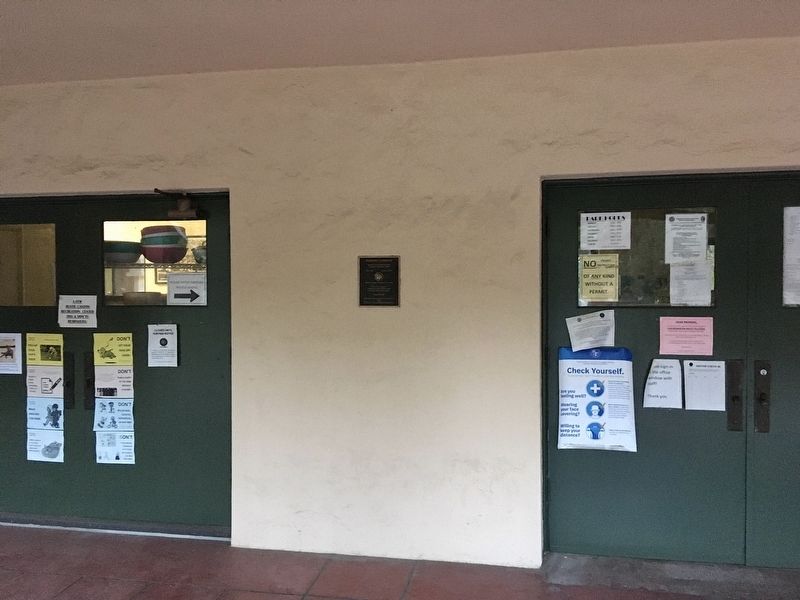 Regarding Uplifters Clubhouse. The Uplifters were a social club in Rustic Canyon, an offshoot of the Los Angeles Athletic Club. They built cabins nearby as second homes for weekend retreats. Following the Depression, the club began to sell off properties in the area, and disbanded in 1947. The clubhouse and recreational facilities were donated to the city in 1953, which became today’s Rustic Canyon Recreation Center city park. The nearby Forestry Station is Los Angeles Historic-Cultural Monument No. 935, designated in 2008, and California Historical Landmark No. 840, designated in 1971. 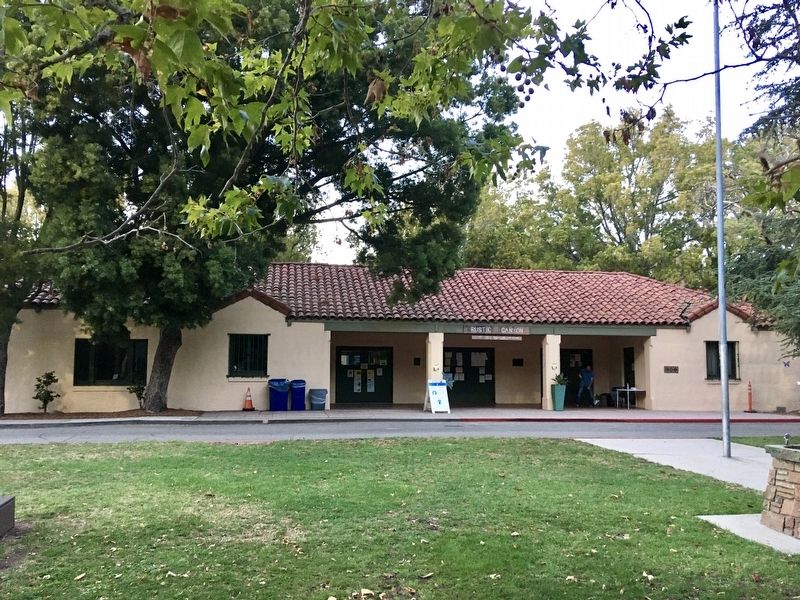 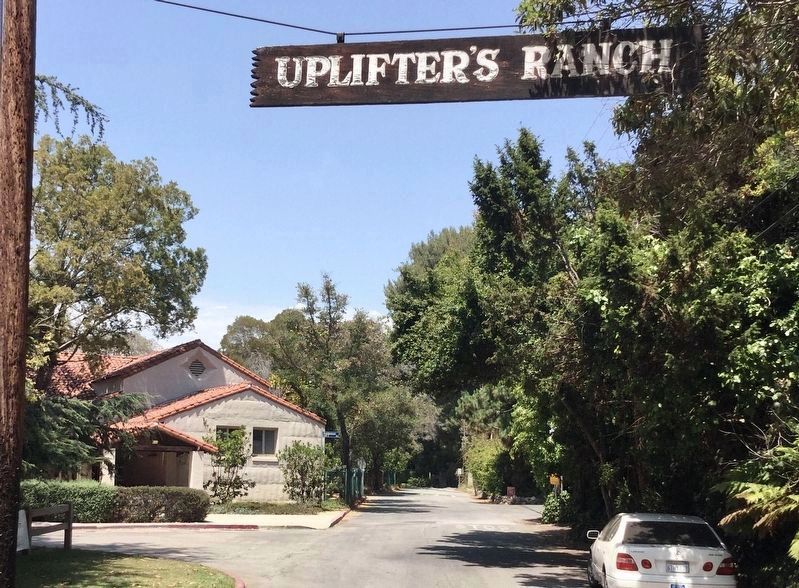