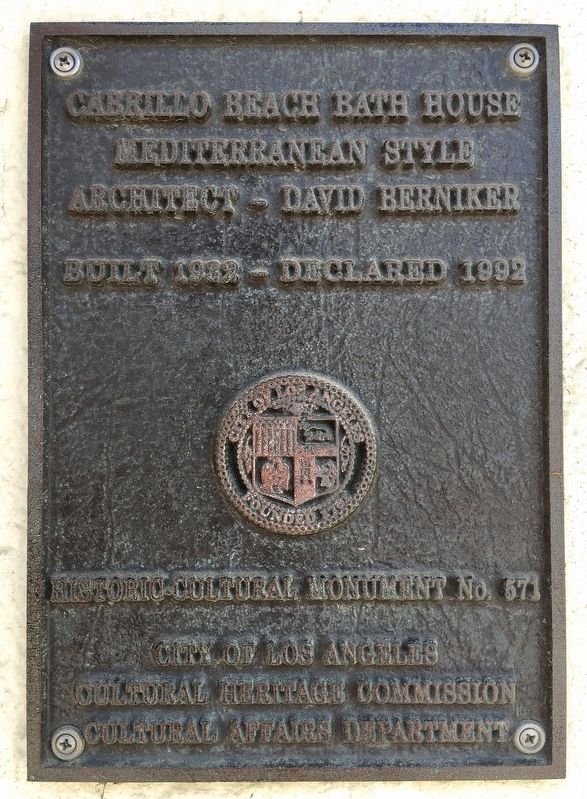 Topics and series. This historical marker is listed in these topic lists: Architecture • Notable Buildings • Parks & Recreational Areas. In addition, it is included in the City of Los Angeles Historic-Cultural Monuments series list. A significant historical year for this entry is 1932. 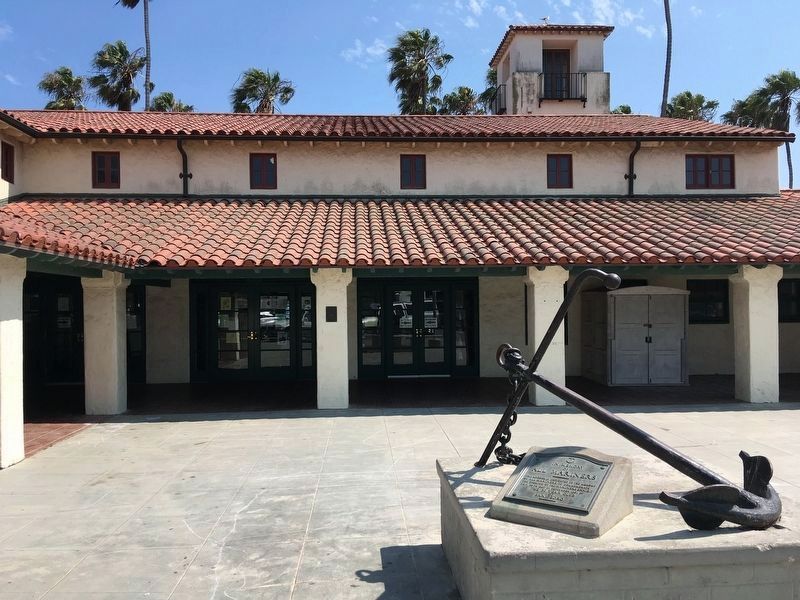 By Craig Baker, August 15, 2021
2. Cabrillo Beach Bath House Marker
On a column near the Mariners Memorial anchor and plaque.

Regarding Cabrillo Beach Bath House. Built in 1932 as a destination for Los Angeles residents riding the Pacific Electric trolley, the Cabrillo Beach Bathhouse is the last remaining example of the bathhouses that were popular along Southern California’s shoreline. It served the public as a place to rent beach gear, such as towels and swimsuits, and boats.
This location was used during the 1932 Olympic Games for boating events. In the early 1940’s the Bathhouse became the home of the Cabrillo Beach Museum. The museum had a collection of artifacts, deep-sea diving gear, dioramas of sea life, models of giant octopus, black sea bass and a leatherback turtle. The museum had dimly lit rooms that were small and overcrowded. In 1981 the Cabrillo Beach Museum moved to its two present locations - the Cabrillo Marine Aquarium next door, and the Maritime Museum at Harbor and 6th Street.
In 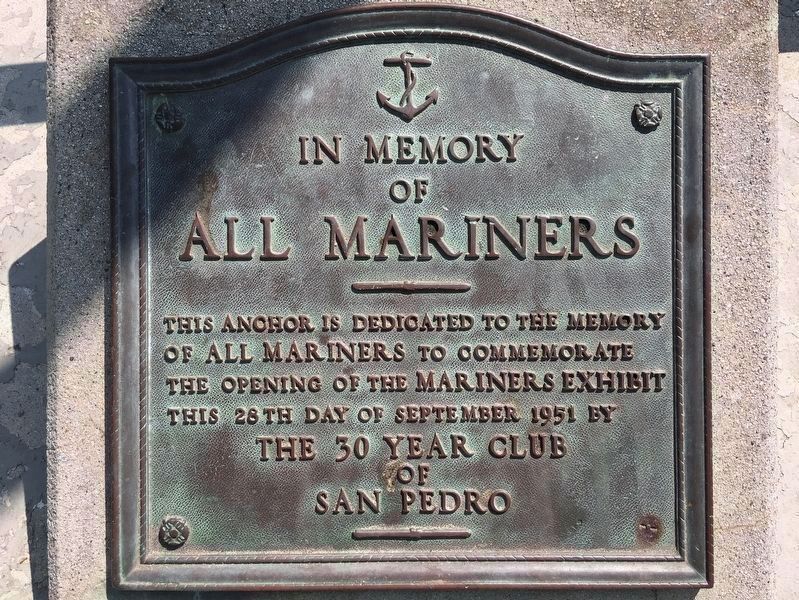 By Craig Baker, August 15, 2021
3. Mariners Memorial
Dedicated at the opening of the Mariners Exhibit in 1951.
2002 the Bathhouse was restored to its original state. 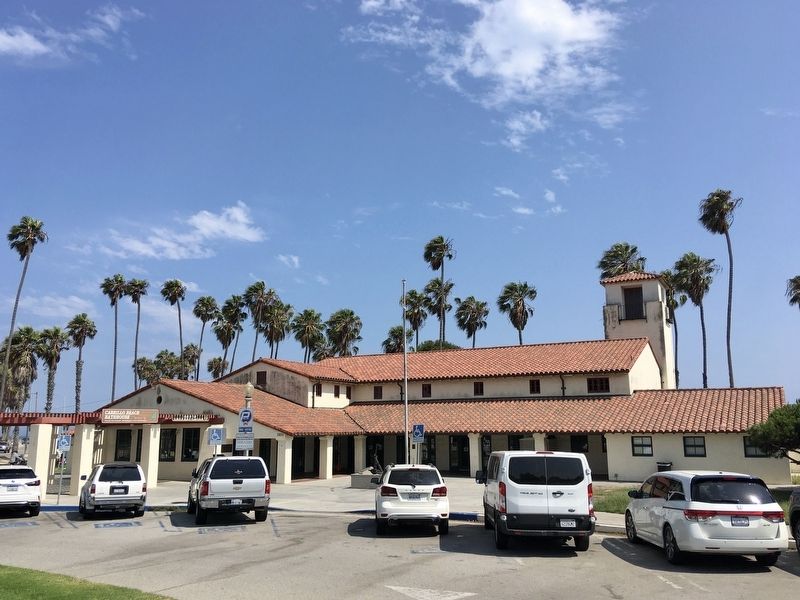