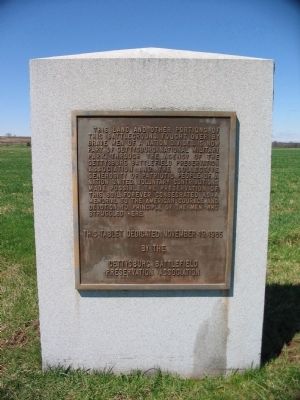 This land and other portions of this battleground, fought over by brave men of a nation divided, is now part of Gettysburg National Military Park, through the agency of the Gettysburg Battlefield Preservation Association and the collective generosity of patriotic people of a nation united. Voluntary contributions made possible the preservation of this soil, forever consecrated as a memorial to the American courage and devotion to principle of the men who struggled here.

Topics. This historical marker is listed in this topic list: War, US Civil. A significant historical date for this entry is November 19, 1697.

Location. 39° 50.438′ N, 77° 14.138′ W. Marker is in Cumberland Township, Pennsylvania, in Adams County. Marker is on Howard Avenue, on the left when traveling east. Located on the First Day's Battlefield in Gettysburg National Military Park. Touch for map. Marker is in this post office area: Gettysburg PA 17325, United States of America. Touch for directions. 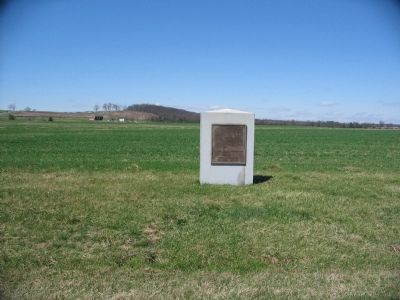