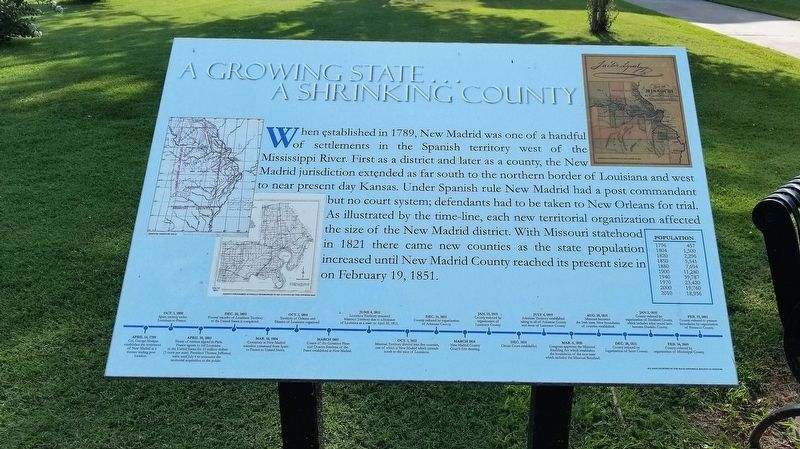 When established in 1789, New Madrid was one of a handful of settlements in the Spanish territory west of the Mississippi River. First as a district and later as a county, the New Madrid jurisdiction extended as far south to the northern border of Louisiana and west to near present day Kansas. Under Spanish rule New Madrid had a post commandant not a court system; defendants had to be taken to New Orleans for trial. As illustrated by the time-line, each new territorial organization affected the size of the New Madrid district. With Missouri statehood in 1821 there came new counties as the state population increased until New Madrid County reached its present size in on February 19, 1851.
April 14, 1798
Col. George Morgan establishes the settlement of New Madrid at a former trading post location.
Oct. 1, 1800
Spain secretly cedes Louisiana to France
April 30, 1803
Treaty of cession signed in Paris. France agrees to sell Louisiana to the United States for 15 million dollars (3 cents per acre). President Thomas Jefferson waits until July 4 to announce the territorial acquisition to the public.
Dec.