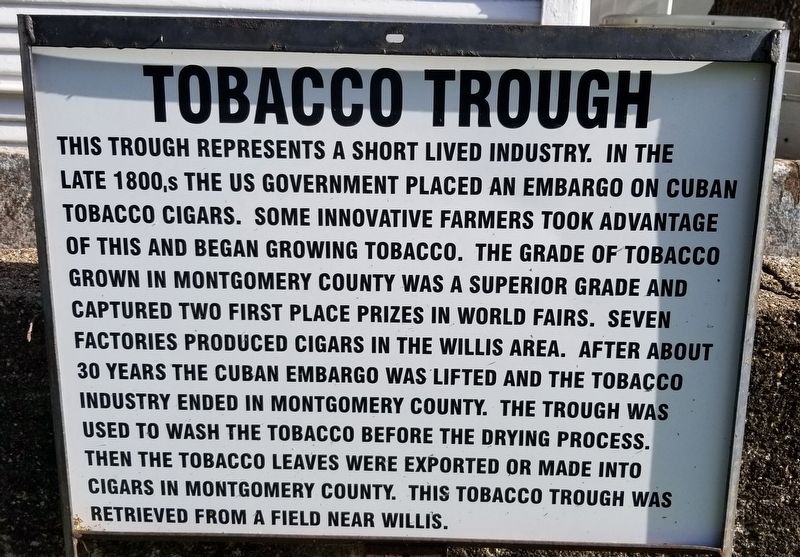 This trough represents a short lived industry. In the late 1800s, the US Government placed an embargo on Cuban tobacco cigars. Some innovative farmers took advantage of this and began growing tobacco. The grade of tobacco grown in Montgomery County was a superior grade and captured two first place prizes in world fairs. Seven factories produced cigars in the Willis area. After about 30 years the Cuban embargo was lifted and the tobacco industry ended in Montgomery County. The trough was used to wash the tobacco before the drying process. Then the tobacco leaves were exported or made into cigars in Montgomery County. This tobacco trough was retrieved from a field near Willis.

Topics. This historical marker is listed in this topic list: Agriculture. A significant historical year for this entry is 1800. 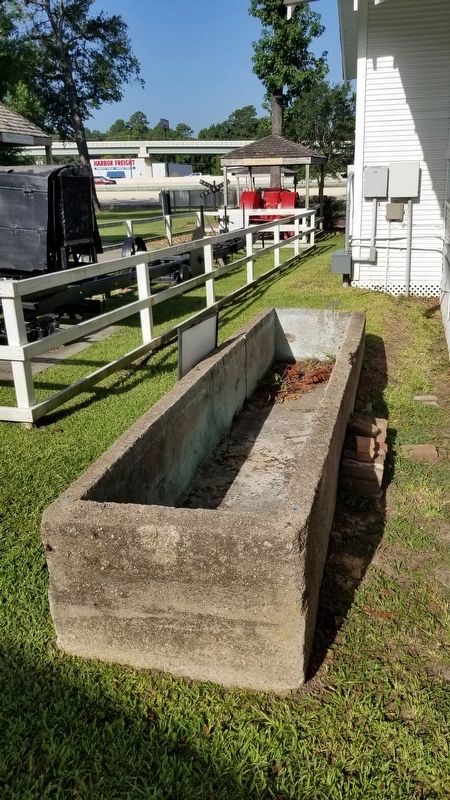 Click or scan to see
this page online
of the Heritage Museum of Montgomery County. Touch for map. Marker is at or near this postal address: 1506 Interstate 45 N, Conroe TX 77301, United States of America. Touch for directions. 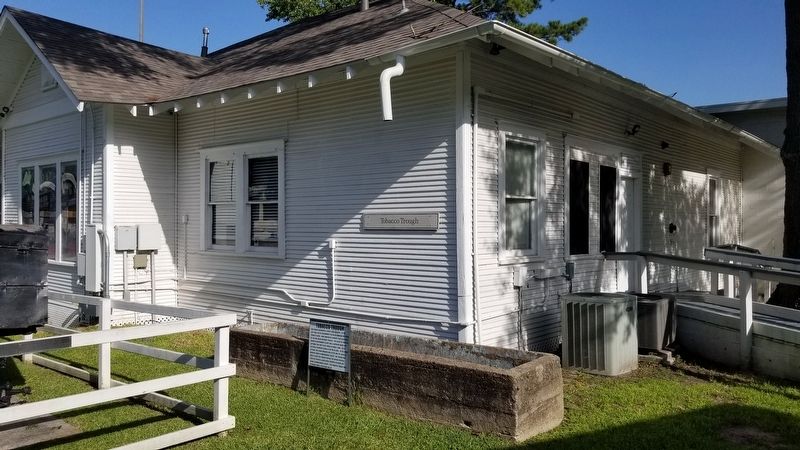