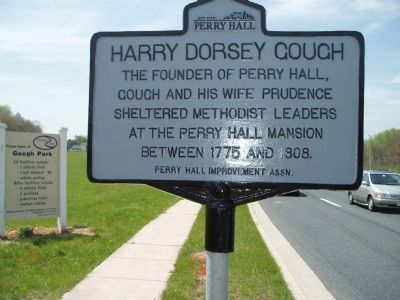 Photographed By David Marks, April 25, 2009
1. Harry Dorsey Gough Marker
This is the third historic marker erected by community leaders as part of a historical education campaign; the first was at Camp Chapel, and the second was at the site of the village of Germantown. The marker was manufactured by Catskill Castings of New York. In the background is the future site of Gough Park.
Inscription.
Harry Dorsey Gough. . The founder of Perry Hall, Gough and his wife Prudence sheltered Methodist leaders at the Perry Hall Mansion between 1775 and 1808. . This historical marker was erected in 2009 by Perry Hall Improvement Association. It is in Perry Hall in Baltimore County Maryland

The founder of Perry Hall, Gough and his wife Prudence sheltered Methodist leaders at the Perry Hall Mansion between 1775 and 1808.

Topics and series. This historical marker is listed in these topic lists: Churches & Religion • Colonial Era • Settlements & Settlers. In addition, it is included in the Francis Asbury, Traveling Methodist Preacher series list. A significant historical year for this entry is 1775.

Location. 39° 24.137′ N, 76° 26.759′ W. Marker is in Perry Hall, Maryland, in Baltimore County. Marker is at the intersection of Honeygo Boulevard and East Joppa Road, on the right when traveling west on Honeygo Boulevard. Marker is located to the east of Camp Chapel United Methodist Church. The location is the site of a future park to be named in honor of the Gough family ("Gough Park"). Touch for map. Marker is at or near this postal address: 5000 East Joppa Road, Perry Hall MD 21128, United States of America. Touch for directions.

Other nearby markers. At least 8 other markers are within 2 miles of this marker, measured as the crow flies. Camp Chapel (about 500 feet away, measured in a direct line); Germantown (approx. 1.2 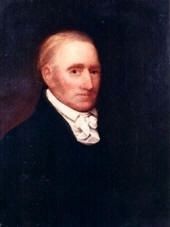 More about this marker. The marker was erected as part of the Perry Hall Improvement Association's commenoration of Baltimore County's 350th anniversary.

Regarding Harry Dorsey Gough. Born in 1745 in Annapolis, Gough purchased a 1,000-acre estate near the Great Gunpowder River in 1773. He named this property “Perry Hall,” after a family estate near Birmingham, England, and completed construction of what is now called the Perry Hall Mansion. Following Gough’s conversion to Methodism, the Perry Hall Mansion became a refuge for leaders such as Francis Asbury, who later became the first Methodist bishop. Gough was also a leading philanthropist. Gough served on a commission, chartered by the Maryland General Assembly in 1773, to provide the state with its first Alms House, where poor families could receive shelter and food. By 1806, he was serving on the board of trustees for St. Peter's School, a home 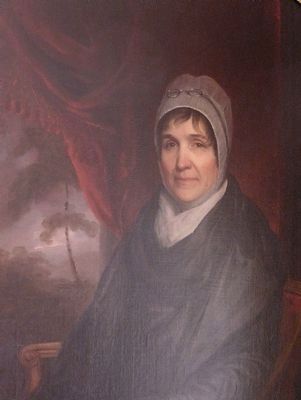 Photographed By David Marks
3. Prudence Gough
Prudence Gough was an even more devout follower of Methodism and friend of Francis Asbury. She survived her husband by 14 years.
for orphans in Baltimore. Locally, he donated the funds to construct Camp Chapel church. When he died in 1808 at the Perry Hall Mansion, he was survived by his wife Prudence, who was also an active Methodist and devoted friend of Francis Asbury. 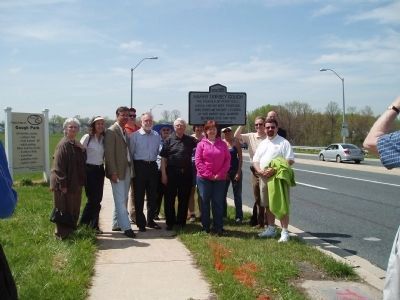