The Battle of New Market The Battle of New Market was fought here Sunday morning, May 15, 1864. The Confederates under Gen. J. C. Breckinridge were victorious over the Federals under Gen. Franz Sigel. The decisive incident of the battle was the heroic capture of the Federal battery by the V.M.I. cadets.

Topics and series. This historical marker is listed in this topic list: War, US Civil. In addition, it is included in the Battlefield Markers Association, and the Battlefield Trails - Civil War series lists. A significant historical date for this entry is May 15, 1933.

Location. 38° 39.967′ N, 78° 39.984′ W. Marker is near New Market, Virginia, in Shenandoah County. Marker is on George Collin Parkway aka Miller Lane (Virginia Route 305) near Interstate 81, exit 264 west (U.S. 211), in the median. It is on the grounds of the New Market Battlefield State Historical Park, north the Bushlong house, at the end of the lane. Touch for map. Marker is in this post office area: New Market VA 22844, United States of America. Touch for directions.

Other nearby markers. At least 8 other markers are within walking distance of this marker. Heroism in Defeat (a few steps from this marker); This Rustic Pile (about 800 feet away, measured in a direct line); “Good-bye, Lieutenant, I am killed.” 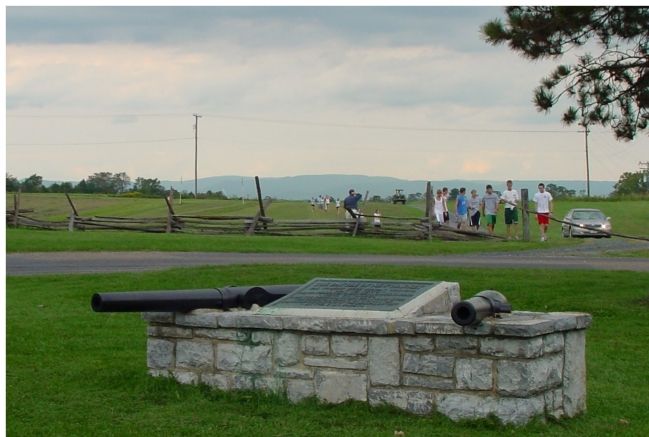 By J. J. Prats, September 26, 2006
2. Marker and The Field of Lost Shoes
Visitors are walking across the "Field of Lost Shoes." At the time of the battle, the field was planted in wheat and it had rained hard for three days. Advancing soldiers quickly reduced it to a field of sticky mud that sucked the shoes off the Confederates' feet.

Related markers. Click here for a list of markers that are related to this marker. Battle of New Market by markers. 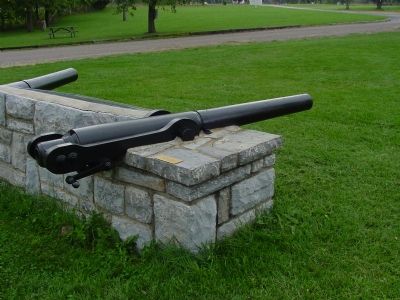 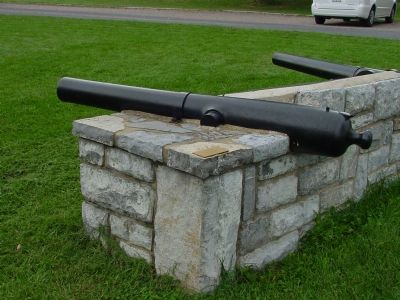 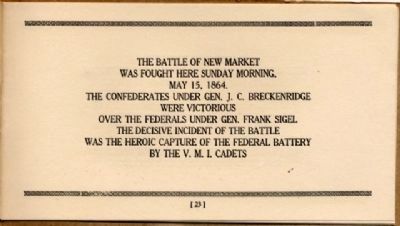