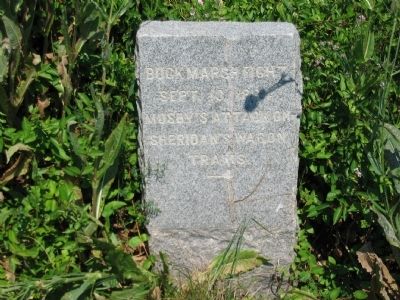 By Craig Swain, July 8, 2007
1. Buck Marsh Fight Marker
The date indicated on the marker is incorrect. Nearby state markers and other sources indicate the date of this action was August 13, 1864.
Inscription.
Buck Marsh Fight. .
Buck Marsh Fight Sept. 13, 1864 Mosby's Attack on Sheridan’s Wagon Trains , , . . This historical marker was erected by J.E.B. Stuart Camp of the Confederate Veterans. It is Near Berryville in Clarke County Virginia 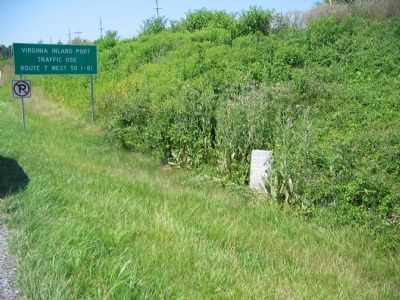 More about this marker. This is one in a series of granite markers placed by the J.E.B. Stuart Chapter of the Confederate Veterans sometime in the 1890s to commemorate significant Civil War actions around Clarke County.
The Virginia State Marker for the same skirmish is number J-1 (see link).

Also see . . .
1. Clarke County Historical Association Proceedings, Vol. XV. (PDF) The introduction provides details about the placement of the marker and others in the series. The fight is detailed in pages 22-45. (Submitted on July 22, 2007, by Craig Swain of Leesburg, Virginia.)