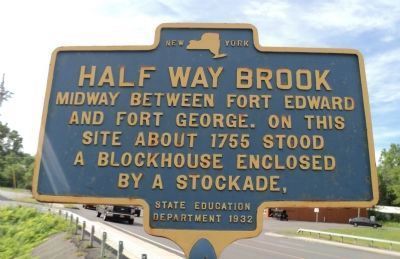 By Bill Coughlin, September 27, 2012
1. Half Way Brook Marker
Inscription.
Half Way Brook. . Midway between Fort Edward and Fort George. On this site about 1755 stood a blockhouse enclosed by a stockade. . This historical marker was erected in 1932 by State Education Department. It is in Queensbury in Warren County New York

Midway between Fort Edward and Fort George. On this site about 1755 stood a blockhouse enclosed by a stockade.

Topics. This historical marker is listed in these topic lists: Notable Places • War, French and Indian. A significant historical year for this entry is 1755.

Location. 43° 19.567′ N, 73° 39.85′ W. Marker is in Queensbury, New York, in Warren County. Marker is on Upper Glen Street (U.S. 9), on the right when traveling north. Marker is on east side of Route 9 across the street from the Price Chopper Super Market. Touch for map. Marker is in this post office area: Queensbury NY 12804, United States of America. Touch for directions. 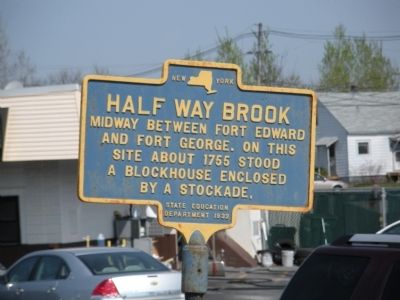 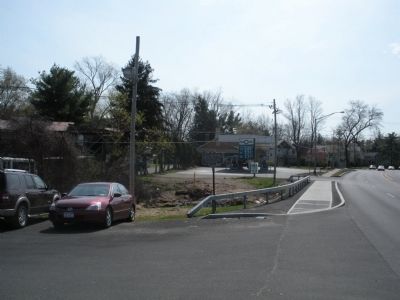 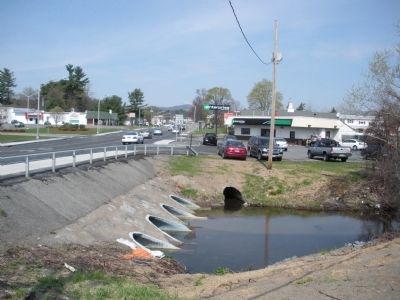 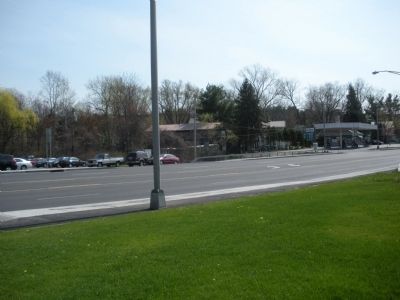