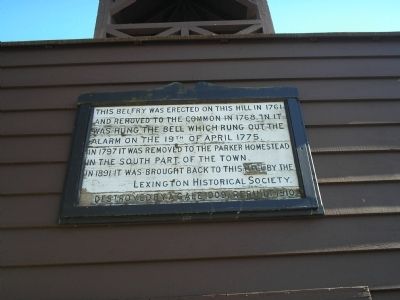 In 1797 it was removed to the Parker Homestead in the south part of the town.

In 1891 it was brought back to this hill by the Lexington Historical Society. 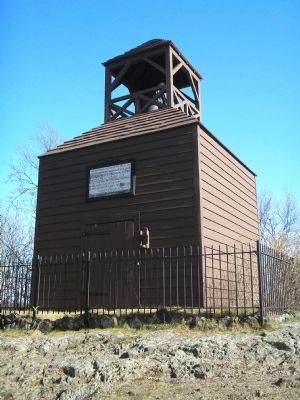 Related marker. Click here for another marker that is related to this marker. See where the Old Belfy stood on the night of April 19, 1775, when it sounded the alarm.

3. The Battle of Lexington. The American Revolutionary War website. (Submitted on May 7, 2009, by Bill Coughlin of North Arlington, New Jersey.) 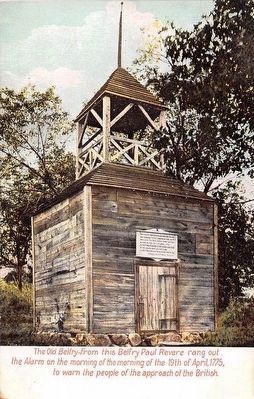 circa 1907
3. Old Belfry Prior to its Destruction and Reconstruction in 1909-10
Old Belfry - From this Belfry Paul Revere rang out the Alarm on the morning of the morning of 19th of April, 1775, to warn the people of the approach of the British. 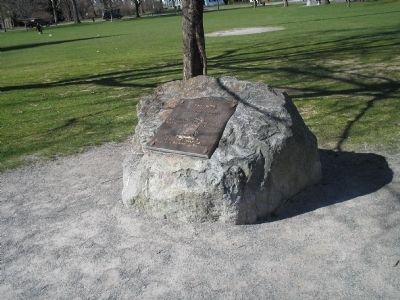