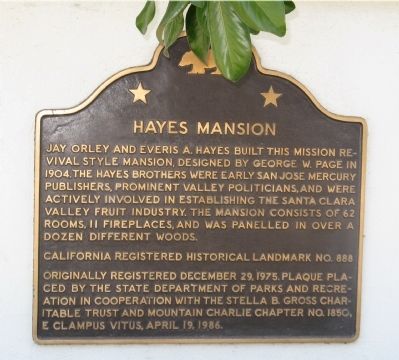 Photographed By Syd Whittle, April 24, 2009
1. Hayes Mansion Marker
Inscription.
Hayes Mansion. . , Jay Orley and Everis A. Hayes built this Mission Revival Style mansion, designed by George W. Page in 1904. The Hayes Brothers were early San Jose Mercury publishers, prominent valley politicians, and were actively involved in establishing the Santa Clara Valley fruit industry. The mansion consists of 62 rooms, 11 fireplaces, and was paneled in over a dozen different woods. . This historical marker was erected in 1986 by State Department of Parks and Recreation, Stella B. Gross Charitable Trust and Mountain Charlie Chapter No.1850. E Clampus Vitus.. It is in San Jose in Santa Clara County California

Jay Orley and Everis A. Hayes built this Mission Revival Style mansion, designed by George W. Page in 1904. The Hayes Brothers were early San Jose Mercury publishers, prominent valley politicians, and were actively involved in establishing the Santa Clara Valley fruit industry. The mansion consists of 62 rooms, 11 fireplaces, and was paneled in over a dozen different woods.

Topics and series. This historical marker is listed in these topic lists: Industry & Commerce • Landmarks • Notable Buildings. In addition, it is included in the California Historical Landmarks, and the E Clampus Vitus series lists. A significant historical year for this entry is 1904. 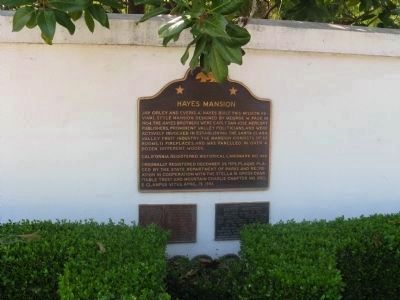 Smaller Marker on Right:
This Property, HAYES MANSION has been placed on the NATIONAL REGISTER OF HISTORIC PLACES by the Untited States Department of the Interior. Dedicated April 19, 1986 by Stella B. Gross Charitable Trust and Mountain Charlie Chapter No.1850

Click or scan to see
this page online
the entrance to the Dolce Hayes Mansion Hotel & Conference Center. Touch for map. Marker is at or near this postal address: 200 Edenvale Avenue, San Jose CA 95136, United States of America. Touch for directions.

Regarding Hayes Mansion. This site was designated as California Registered Historical Landmark No. 888 on December 29, 1975.

This site was placed on the National Register of Historic Places on August 1, 1975.

This site has been designated as a City of San Jose Registered Historical Landmark.

Also see . . .  The Hayes Mansion. National Park Service website entry:
The Hayes Mansion was built in 1905 to replace the original Queen Anne style family home, destroyed by fire in 1899. (Submitted on May 1, 2009, by Syd Whittle of Mesa, Arizona.) 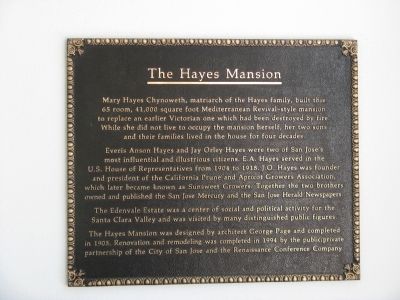 Photographed By Syd Whittle, April 25, 2009
3. Marker at Main Entrance of Building
The Hayes Mansion
Mary Hayes Chynoweth, matriarch of the Hayes family, built this 65 room, 41,000 square foot Mediterranean Revival-Style mansion to replace an earlier Victorian one which had been destroyed by fire. While she did not live to occupy the mansion herself, her two sons and their families lived in the house for four decades.

Everis Anson Hayes and Jay Orley Hayes were two of San Jose’s most influential and illustrious citizens. E.A. Hayes served in the U.S. House of Representatives from 1904 to 1918. J.O. Hayes was founder and president of the California Prune and Apricot Growers Association, which later became known as Sunsweet Growers. Together the two brothers owned and published the San Jose Mercury and the San Jose Herald Newspapers.

The Edenvale Estate was a center of social and political activity for the Santa Clara Valley and was visited by many distinguished public figures.

The Hayes Mansion was designed by architect George Page and completed in 1905. Renovation and remodeling was completed in 1994 by the public/private partnership of the City of San Jose and the Renaissance Conference Company.
1. History of the Hayes Family and the Hayes Mansion
The Hayes family, led by the matriarch, Mary Hayes Chynoweth, became wealthy through its iron ore mining ventures in Wisconsin and Michigan beginning in 1885. The family, Mary, her two sons, Jay and Everis, along with their young families, moved to San Jose in 1887 after purchasing 239 acres and a house from Frederick Tennant. Their first mansion, a 22,000 square foot 1891 Queen Anne Victorian woth more than fifty rooms, burned to the ground in 1899.

Construction on the current Hayes mansion began in 1903 and the family, except Mary (who had died on July 27th) moved into the mansion in 1905. The mansion was 41,000 square feet and contained 64 rooms. Just like the first mansion, this one was built as a triple residence. Mary was to occupy the the rooms on the second floor of the center portion, and sons Jay and Everis and their families had the East and West wings respectfully.

The Hayes family ultimately owned nearly 700 acres of land adjoining the mansion, much of which was planted in fruit orchards and the rest for general family farming to support the family and staff. Almost everything that the family ate was grown and processed here.

Both Jay and Everis obtained their law degrees in Wisconsin, but left the legal trade to manage the mines and other family enterprises. 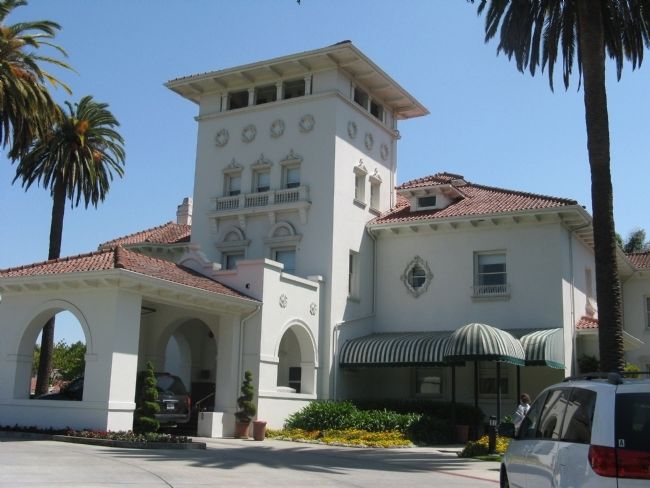 In addition to their newspaper enterprises, Everis was a seven-term member of the House of Representatives and Jay was also involved in politics on the state level. Jay was also one of the founders of the California Dried Fruit Association during the time when the Santa Clara Valley was known worldwide as a dried fruit producer. 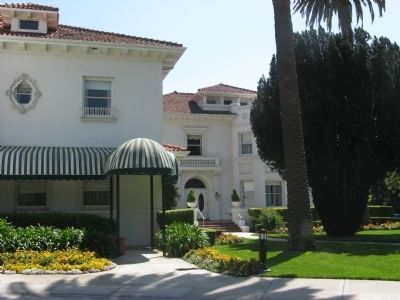 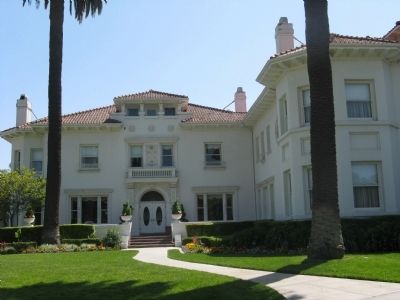 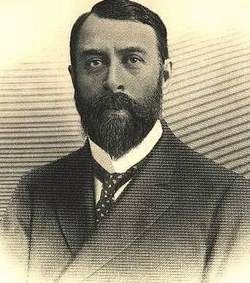