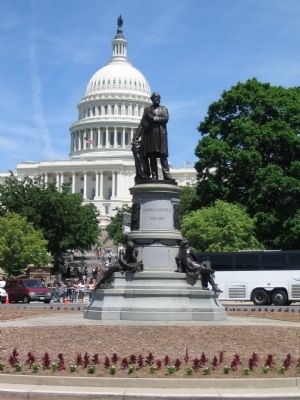 Inscription.
James A. Garfield. . (Front):
James A. Garfield 1831 - 1881. (Left):
Major General USV, Member of Congress, Senator and President of the United States of America.. (Right):
Erected by his comrades of the Society of the Army of the Cumberland May 12 1887.. . This historical marker was erected in 1887. It is in Capitol Hill in Washington District of Columbia

(Front):
James A. Garfield
1831 - 1881
(Left):
Major General USV,
Member of Congress,
Senator
and
President
of the
United States
of
America.
(Right):
Erected
by his comrades
of the
Society of the Army
of the
Cumberland
May 12 1887.

Topics. This historical marker is listed in these topic lists: Government & Politics • War, US Civil. A significant historical month for this entry is May 2004. 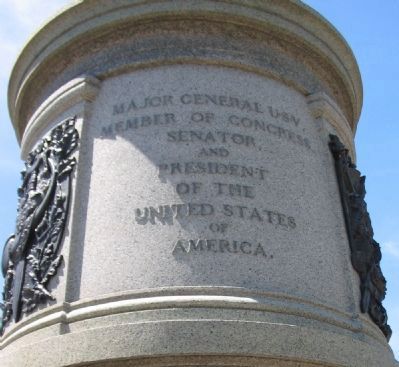 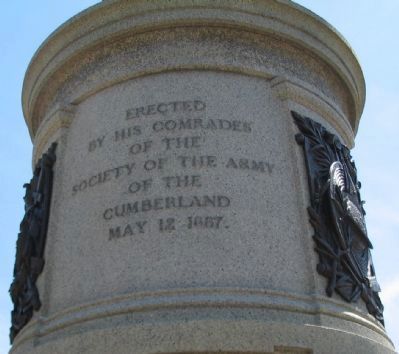 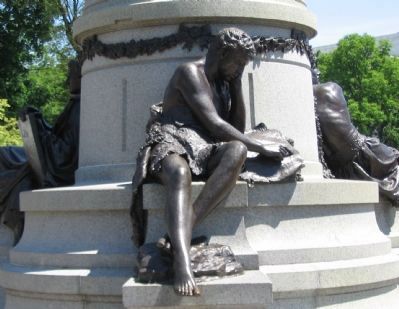 By Craig Swain, May 23, 2008
4. The Scholar
One of the figures around the base of the memorial represents the "scholar," one of the three phases in Garfield's career. 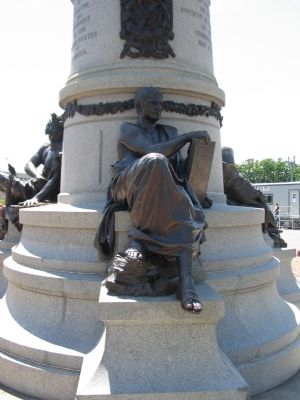 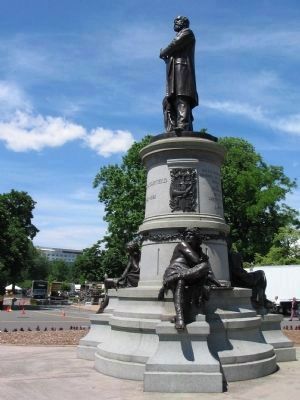 By Craig Swain, May 23, 2008
6. James A. Garfield Memorial
On this facing the figure at the base is titled the "soldier". 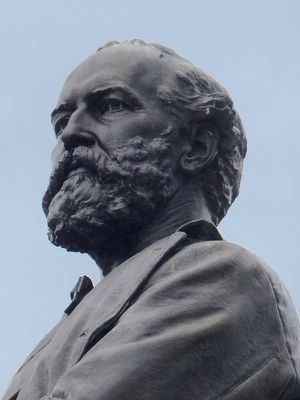 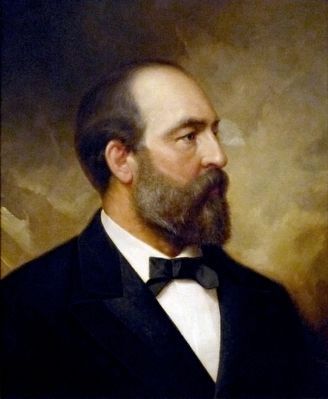 “Through repeated balloting at the Republican convention of 1880, delegates remained deadlocked in naming a presidential candidate. Finally, after thirty-five ballots, they were ready for a compromise. Rejecting both front-runners — James Blaine and Ulysses S. Grant — the delegates endorsed Ohio congressman James A. Garfield, whose aspirations had been limited to becoming a senator.

The patronage-driven factionalism that led to Garfield's nomination continued to fester following his assumption of the presidency. On July 2, 1881, angered that Garfield had not awarded him a public office, a member of a GOP faction shot the president as he went to board a train. Eleven weeks later, Garfield was dead from his wound.

This staid portrait by Norwegian artist Ole Peter Hansen Balling may have captured Garfield's physical traits accurately, but it did not convey his spell­binding impact on people. Having once been a lay preacher, Garfield was at his most impressive when speaking. According to one observer, his thoughts sometimes seemed to issue forth at the podium ‘like solid shot from a cannon.’” — National Portrait Gallery 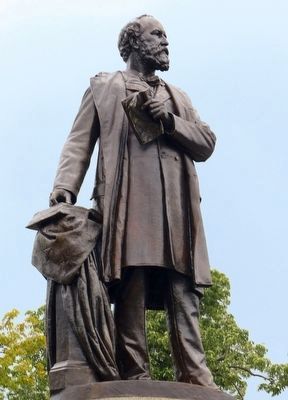