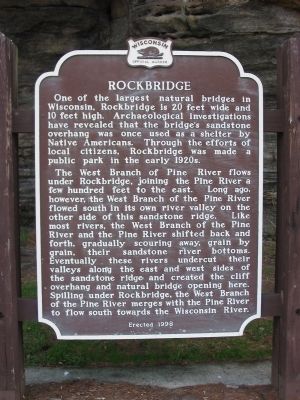 One of the largest natural bridges in Wisconsin, Rockbridge is 20 feet wide and 10 feet high. Archaeological investigations have revealed that the bridge's sandstone overhang was once used as a shelter by Native Americans. Through the efforts of local citizens, Rockbridge was made a public park in the early 1920s. 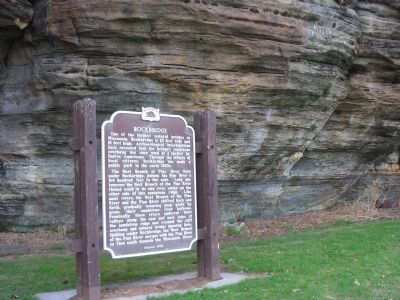 Click or scan to see
this page online
This historical marker is listed in these topic lists: Natural Features • Notable Places • Waterways & Vessels. In addition, it is included in the Wisconsin Historical Society series list.

Location. 43° 26.719′ N, 90° 21.794′ W. Marker is in Rockbridge, Wisconsin, in Richland County. Marker can be reached from State Highway 80 north of County Highway D, on the left when traveling north. Marker is in Pier Natural Bridge Park. Touch for map. Marker is in this post office area: Richland Center WI 53581, United States of America. Touch for directions. 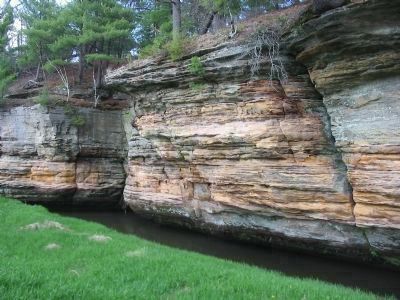 Photographed By Keith L, May 5, 2009
3. Rockbridge
Here, the West Branch of Pine River flows under the 60-foot high sandstone bluff. 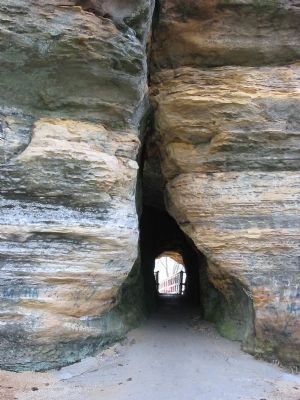 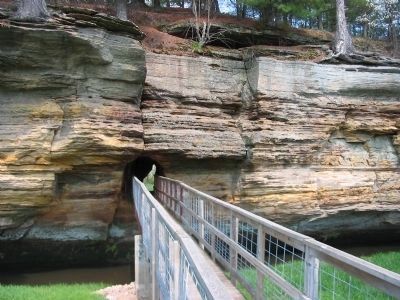