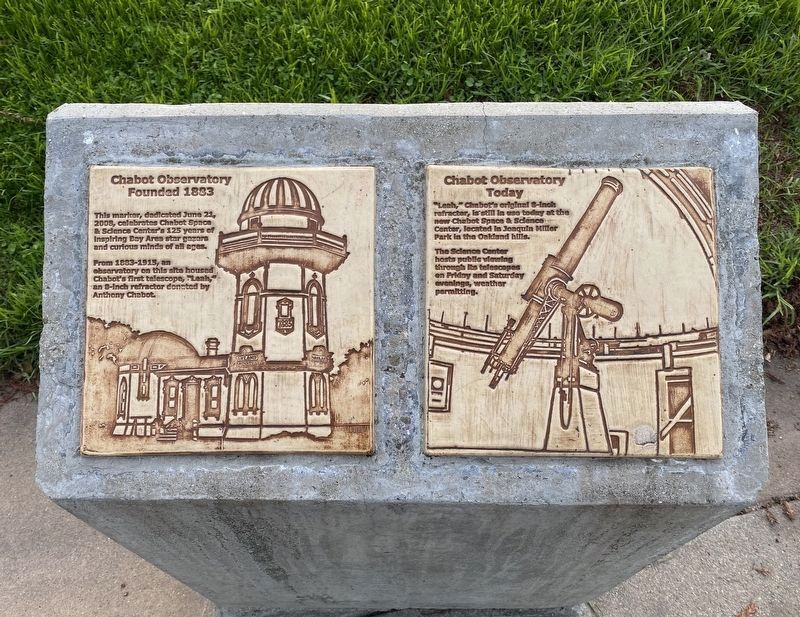 Photographed By Andrew Ruppenstein, November 14, 2021
1. Chabot Observatory Marker
The marker was unveiled at a 125th anniversary celebration of the observatory on June 21, 2008, with local politicians in attendance, and a torch-relay was run between this and the current site of the observatory, with Olympians Marilyn King, Pamela Jiles, and Eddie Hart participating.
Inscription.
Chabot Observatory. Founded 1883. This marker, dedicated June 21, 2008, celebrates Chabot Space and Science Center's 125 years of inspiring Bay Area star gazers and curious minds of all ages., From 1883-1915, an observatory on this site housed Chabot's first telescope, "Leah," an 8-inch refractor donated by Anthony Chabot. , {Marker continues on next tile:}, Chabot Observatory Today , "Leah," Chabot's original 8-inch refractor, is still in use today at the new Space and Science Center, located in Joaquin Miller Park in the Oakland Hills. , The Science Center hosts public viewing through the telescope on Friday and Saturday night, weather permitting. . This historical marker was erected in 2008. It is in Oakland in Alameda County California

From 1883-1915, an observatory on this site housed Chabot's first telescope, "Leah," an 8-inch refractor donated by Anthony Chabot.

{Marker continues on next tile:}

The Science Center hosts public viewing through the telescope on Friday and Saturday night, weather permitting.

Topics. This historical marker is listed in these topic lists: Notable Buildings • Science & Medicine. A significant historical date for this entry is June 21, 1865. 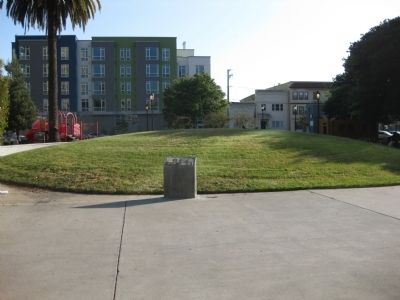 More about this marker. The marker is located in Lafayette Park, set in a 2 1/2 foot tall cement base, located on the northern side of a very low round hill.

• Born in Quebec, Chabot came to California in 1849 and worked in the gold mining industry. He is credited with being the father of hydraulic mining, the technique whereby large volumes of water were directed under high pressure at hillsides to wash away the soil and separate it from the gold-bearing ore. Chabot left the mining industry in 1856, and combined his entrepreneurial and engineering skills to set up companies to supply water to a number of growing California cities.

• Chabot agreed to provide funds to Oakland for both a telescope, and an observatory to house it. The Oakland Observatory opened on November 24th, 1883.

• In 1885 the observatory obtained a second telescope and chronometers, and became the official local timekeeper.

• When Chabot died in 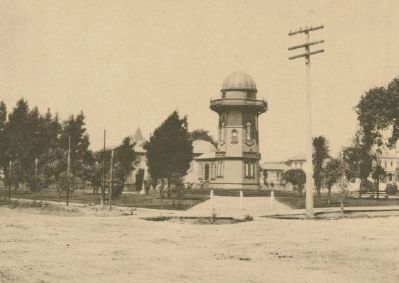 Photographed By W. S. Jones, 1889
3. Chabot Observatory
Photo taken from Picturesque Oakland: 1889, by Britton and Rey, and provided courtesy of the Oakland History Room, Oakland Public Library.
1888, the observatory was renamed in his honor.

• Increasing light pollution in the downtown area made it necessary to abandon the old site in 1915, and build a new observatory about 5 miles east of the old site, in the Oakland Hills. The original telescope was relocated to the new site, and a new 20 inch refractor was added, as well.

• Increasing light pollution and the increasing awareness of the seismic vulnerabilities of this second observatory induced the city to build yet a third observatory, in a new location, with the construction of the new facility paid for by a $17 million earmark ("Advanced Optical Services") in the Air Force's budget. The new facility opened in 2000 with the two old telescopes, plus a new 36 inch model. 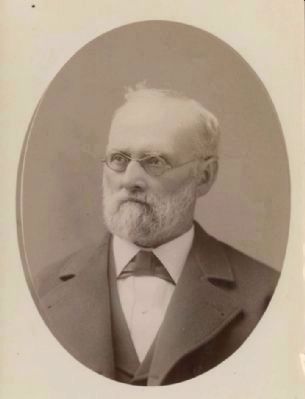