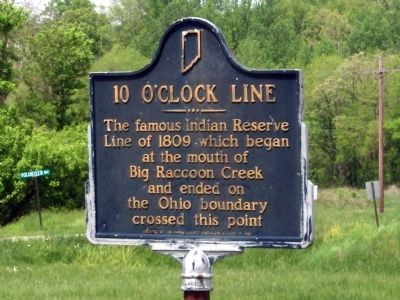 By Al Wolf, May 10, 2009
1. 10 O'Clock Line Marker
Inscription.
10 O'Clock Line. Treaty with Potawatomi, Delaware, and Miami Indians. The famous Indian Reserve Line of 1809 which began at the mouth of Big Raccoon Creek and ended on the Ohio boundary crossed this point. . This historical marker was erected in 1968 by Parke Co. Historical Society. It is Near Rockville in Parke County Indiana

The famous Indian Reserve Line of 1809 which began at the mouth of Big Raccoon Creek and ended on the Ohio boundary crossed this point.

Topics and series. This historical marker is listed in these topic lists: Bridges & Viaducts • Native Americans • Notable Events • Notable Places. In addition, it is included in the Indiana Historical Bureau Markers series list.

Location. 39° 39.032′ N, 87° 10.559′ W. Marker is near Rockville, Indiana, in Parke County. Marker is on County Road E780S north of Road S350E, on the left when traveling north. May wish to use your G.P.S.. All county roads in this area have names that do not reflect on any map. This Marker is North of the Bridgeton Covered Bridge. Touch for map. Marker is in this post office area: Rockville IN 47872, United States of America. Touch for directions.

Other nearby markers. At least 8 other markers are within 9 miles of this marker, measured as the crow flies. Mansfield circa 1820 (approx. 4.3 miles away); Roseville (approx. 6.3 miles away); Gov. Joseph A. Wright 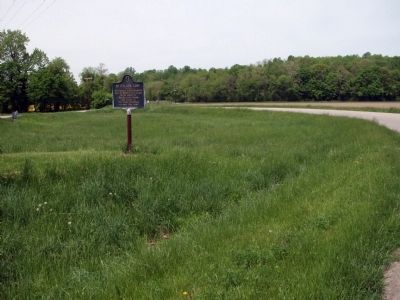 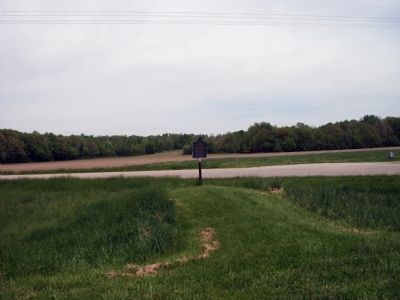 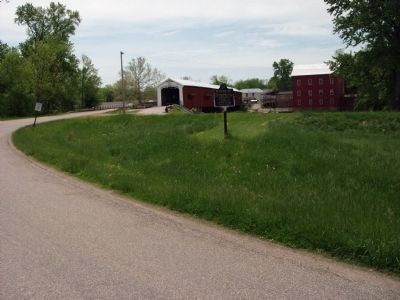 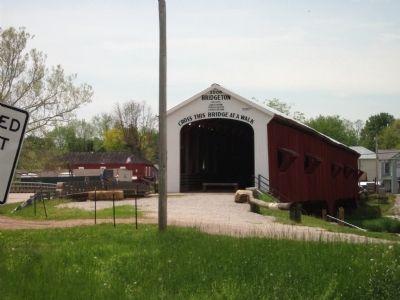 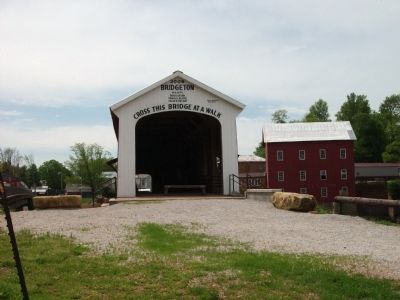 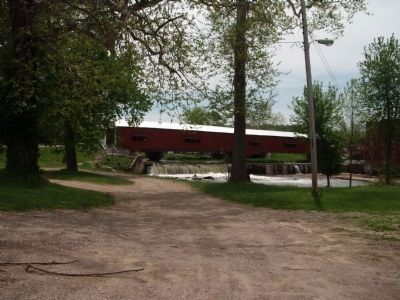 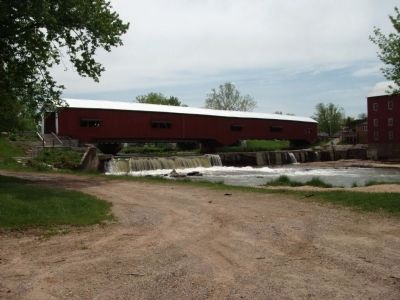 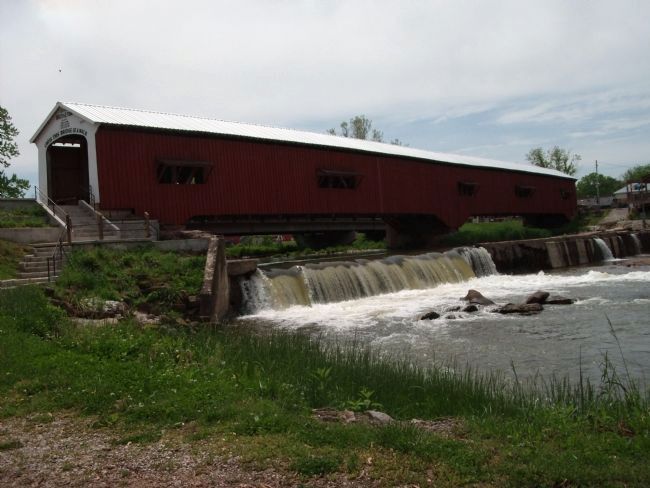