Erected by the Historic Sites Committee of the London Public Library Board, April, 1997

Erected 1997 by Historic Sites Committee of the London Public Library Board.

Topics. This historical marker is listed in these topic lists: Architecture • Science & Medicine. A significant historical month for this entry is April 1997. 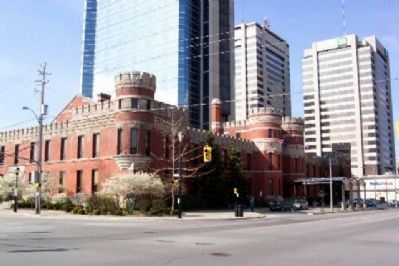