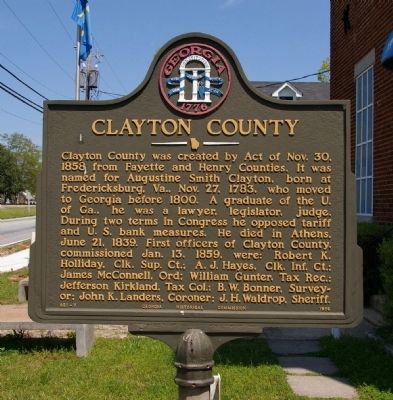 Topics and series. This historical marker is listed in these topic lists: Communications • Industry & Commerce. In addition, it is included in the Georgia Historical Society series list. A significant historical date for this entry is June 21, 1917. 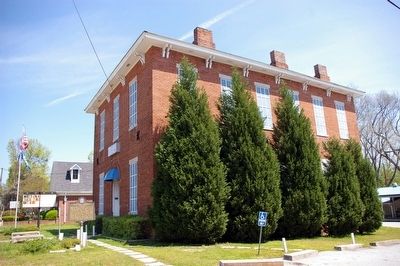 More about this marker. The marker is located in front of the old Clayton County Courthouse. The original wooden courthouse on this site was built in 1861 and burned in 1864, during Sherman's March to the Sea. This building was built in 1869 as a replacement. It served as the Courthouse until 1898, when a new Courthouse was built. It then became a Masonic Hall, which it remains today. 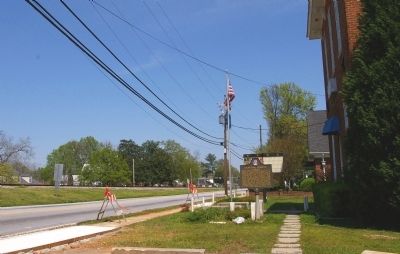