Site of the Home of William Hugh Smith 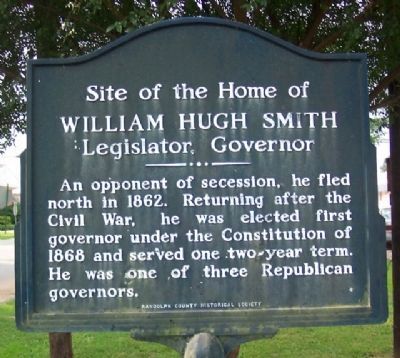 An opponent of secession, he fled north in 1862. Returning after the Civil War, he was elected first governor under the Constitution of 1868 and served one two-year term. He was one of three Republican governors.

Topics. This historical marker is listed in these topic lists: Government & Politics • War, US Civil. 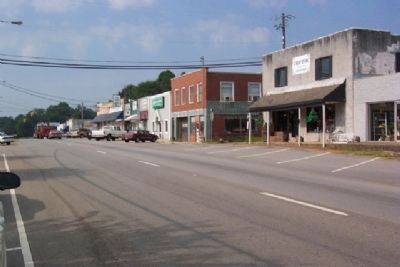