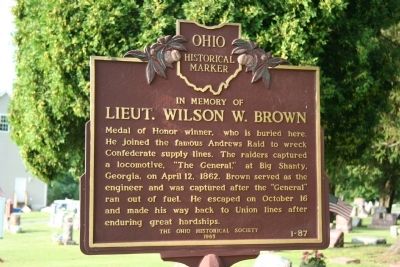 In memory of Lieut. Wilson W. Brown, Medal of Honor winner, who is buried here. He joined the famous Andrews Raid to wreck Confederate supply lines. The raiders captured a locomotive, "The General," at Big Shanty, Georgia, on April 12, 1862. Brown served as the engineer and was captured after the "General" ran out of fuel. He escaped on October 16 and made his way back to Union lines after enduring great hardships. 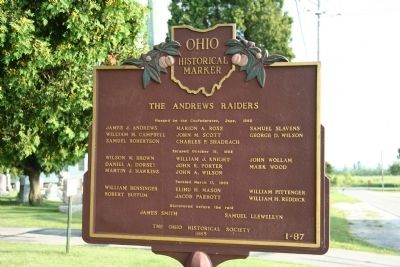 Photographed By Dale K. Benington, July 28, 2006
2. Lieut. Wilson W. Brown Marker
View of the reverse side of the historical marker.

Click or scan to see
this page online
Llewellyn

Topics and series. This historical marker is listed in these topic lists: Cemeteries & Burial Sites • Heroes • War, US Civil. In addition, it is included in the Medal of Honor Recipients, and the Ohio Historical Society / The Ohio History Connection series lists. A significant historical date for this entry is March 17, 1993.

Location. 41° 28.759′ N, 83° 35.544′ W. Marker is in Dowling, Ohio, in Wood County. Marker is on Carter Road, 0.1 miles Dowling Road. This historic marker is located in a rural area, just east of Interstate 75, between Perrysburg and Bowling Green, Ohio. Touch for map. Marker is in this post office area: Bowling Green OH 43402, United States of America. Touch for directions. 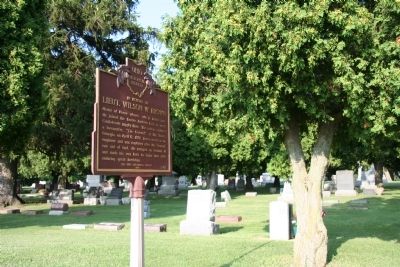 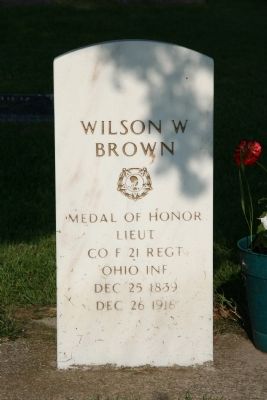 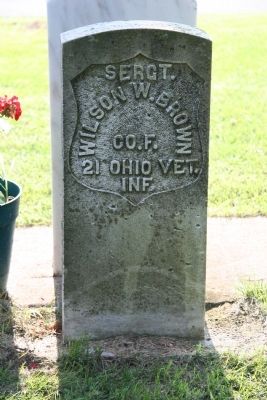