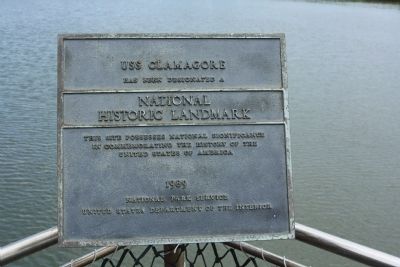 Topics and series. This historical marker is listed in these topic lists: Military • War, World II • Waterways & Vessels. In addition, it is included in the National Historic Landmarks series list. A significant historical year for this entry is 1989. 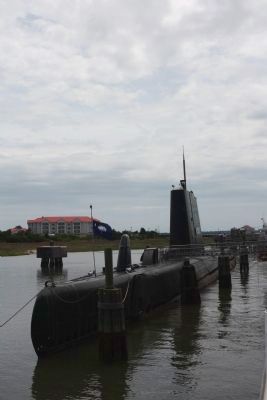 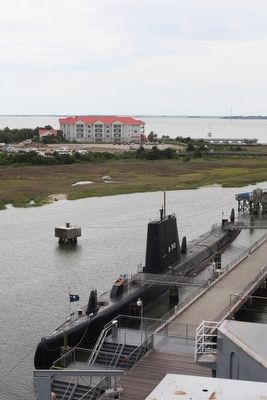 Photographed By Mike Stroud, May 12, 2009
3. USS Clamagore, marker visible at end of first gangway, aboard ship
coeruleus) found in the West Indies and along the Atlantic coast as far north as Maryland. (Submitted on May 21, 2009, by Mike Stroud of Bluffton, South Carolina.) 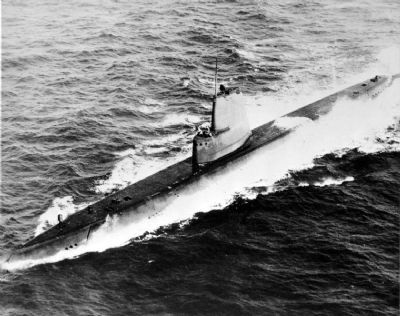 Courtesy Of Usssubvetsofwwii.org.
4. USS Clamagore (SS-343) sometime after her GUPPY conversion, circa post 1948. US Navy 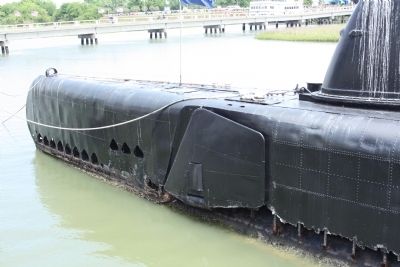 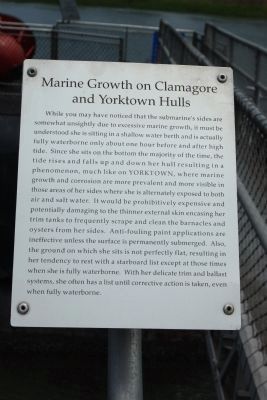 Photographed By Mike Stroud, May 12, 2009
6. Marine Growth on Clamagore and Yorktown Hulls
While you may have noticed that the submarine's sides are somewhat unsightly due to excessive marine growth, it must be understood she is sitting in a shallow water berth and is actually fully waterborne only about one hour before and after high tide. Since she sits on the bottom the majority of the time, the tide rises and falls up and down her hull resulting in a phenomenon, much like on YORKTOWN, where marine growth and corrosion are more prevalent and more visible in those areas of her sides where she is alternately exposed to both air and salt water. It would be prohibitively expensive and potentially damaging to the thinner external skin encasing her trim tanks to frequently scrape and clean the barnacles and oysters from her sides. Anti-fouling paint applications are ineffective unless the surface is permanently submerged. Also, the ground in which she sits is not perfectly flat, resulting in her tendency to rest with a starboard list except at those times when she is fully waterborne. With her delicate trim and ballast systems, she often has a list until corrective action taken, even when fully waterborne. 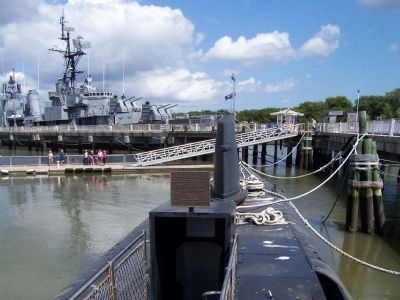