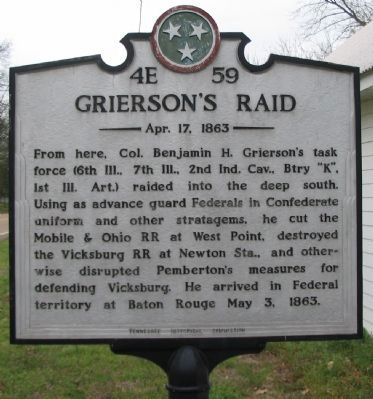 Topics and series. This historical marker is listed in this topic list: War, US Civil. In addition, it is included in the Tennessee Historical Commission series list. A significant historical date for this entry is May 3, 1819.

Other nearby markers. At least 8 other markers are within 3 miles of this marker, measured as the crow flies. La Grange (a few steps from this marker); LaGrange (within shouting distance of this marker); Immanuel Church 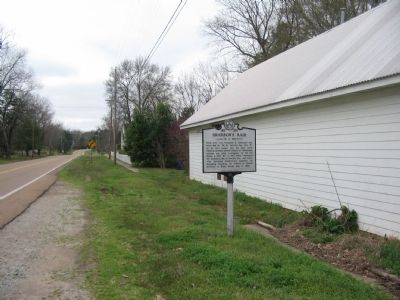 Click or scan to see
this page online
(about 300 feet away, measured in a direct line); Home of Lucy Holcombe Pickens (about 700 feet away); Lucy Petway Holcombe Pickens House (approx. ¼ mile away); The Gloster - Anderson Graveyard (approx. half a mile away); Woodlawn (approx. 1.4 miles away); The Bird Dog & Field Trial Capital of the World (approx. 2.1 miles away). Touch for a list and map of all markers in LaGrange.

Also see . . .  Grierson's Raid. Some have called the raid the most effective of the Civil War. (Submitted on May 24, 2009, by Craig Swain of Leesburg, Virginia.) 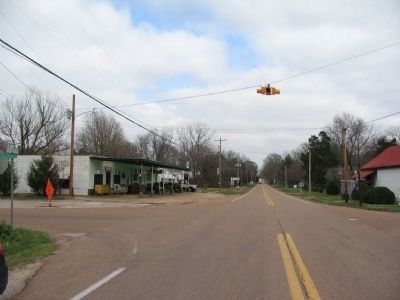 Photographed By Craig Swain, March 16, 2009
3. West out of LaGrange
Grierson's Raid, which distracted Confederate attention from movements made by General Grant against Vicksburg, started in LaGrange. This view looks west from the main intersection in town. The raiders actually left LaGrange using the wartime Holly Springs Road, which ran beside Twin Gables, the house of John R. Blake. A trace of that road is visible off 3rd Street. That site is about a half mile west of the marker, near the Gloster-Anderson Graveyard Marker. 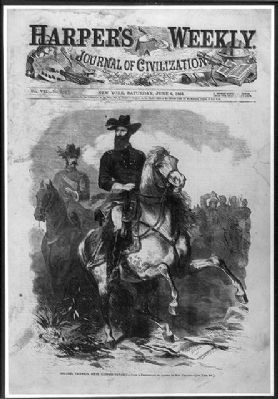