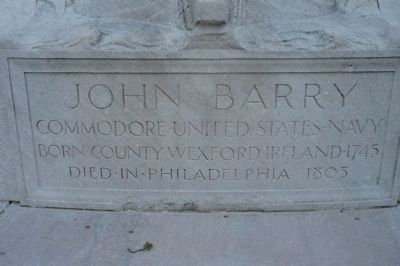 Topics and series. This historical marker and memorial is listed in these topic lists: Patriots & Patriotism • War, US Revolutionary • Waterways & Vessels. In addition, it is included in the DC, American Revolution Statuary series list. A significant historical year for this entry is 1745.

Other nearby markers. At least 8 other markers are within walking distance of this marker. "The First of Patriots - The Best of Men" (a few steps from this marker); Josephine Butler (about 300 feet away, measured in a direct line); Site of Chamberlin's (about 600 feet away); Elizabeth Keckley 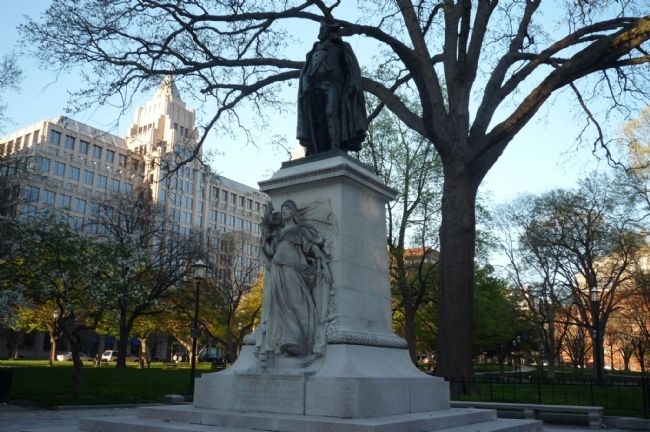 Also see . . .
1. Commodore Barry. 'Few Americans are well-acquainted with the gallantry and heroic exploits of Philadelphia's Irish-born naval commander, Commodore John Barry. Obscured by his contemporary, naval commander John Paul Jones, Barry remains to this day an unsung hero of the young American Republic. As most naval historians note, Barry can be classed on a par with Jones for nautical skill and daring, but he exceeds him in the length of service (17 years) to his adopted country and his fidelity to the nurturing of a permanent American Navy. Indeed, Barry deserves the proud epithet, "Father of the American Navy," a title bestowed on him not by current generations of admirers, but by his contemporaries, who were in the best position to judge. ... ' from "Father of the 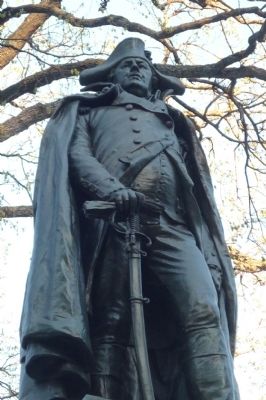 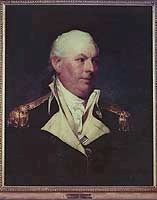 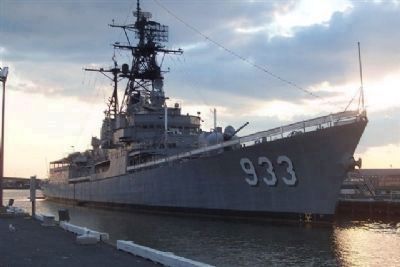