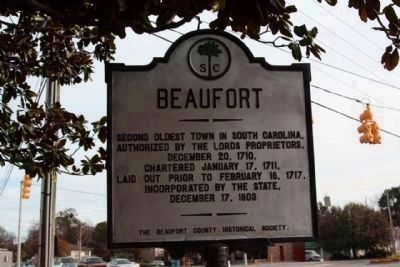 Photographed By Mike Stroud, January 2011
1. Beaufort Marker, now a new location
( pronounced "byew-furt" )
Inscription.
Beaufort. .
Second oldest town in South Carolina, Authorized by the Lords Proprietors, December 20, 1710, Chartered January 17, 1711, Laid out prior to February 16, 1717, Incorporated by the state, December 17, 1808. . This historical marker was erected by the Beaufort Historical Society. It is in Beaufort in Beaufort County South Carolina

Topics and series. This historical marker is listed in these topic lists: Colonial Era • Settlements & Settlers. In addition, it is included in the National Historic Landmarks, and the South Carolina, Beaufort County Historical Society series lists. A significant historical date for this entry is January 17, 1832. 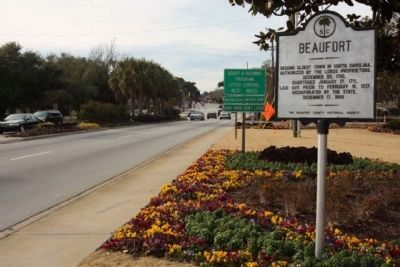 Photographed By Mike Stroud, January 2011
2. Beaufort Marker, moved to a new location in 2010, looking west along Boundry Street (US 21)

More about this marker. Moved to present location in 2010

Regarding Beaufort. Beaufort has been the setting for several novels by native son Pat Conroy, and a popular filming location for major motion pictures, including The Big Chill, The Prince of Tides, The Great Santini, Forrest Gump, Something To Talk About and GI Jane. 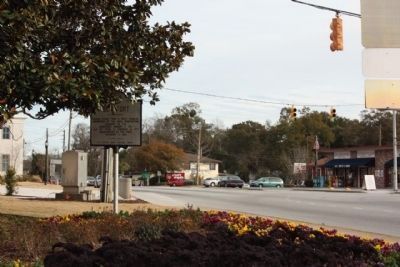 Also see . . .
1. Beaufort, in Wikipedia. The Treaty of Beaufort fixing the boundary between South Carolina and Georgia was signed in the city in 1787. (Submitted on April 12, 2008, by Mike Stroud of Bluffton, South Carolina.)

2. National Register Information on Beaufort Historic District. Beaufort is significant for its role as a major center of South Carolina’s antebellum plantation culture, its contribution to the history of the Civil War, and for its role it played in African-American history both during and after the war. (Submitted on September 18, 2008, by Brian Scott of Anderson, South Carolina.) 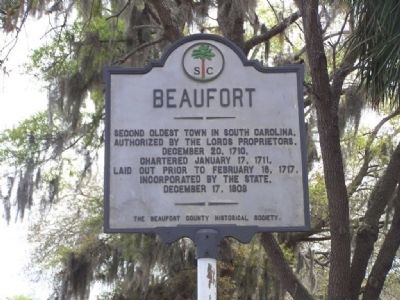 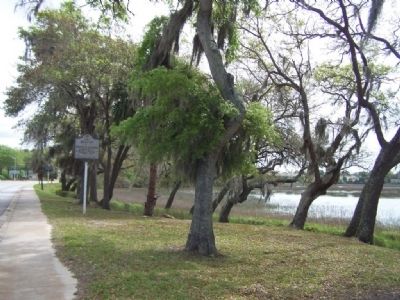 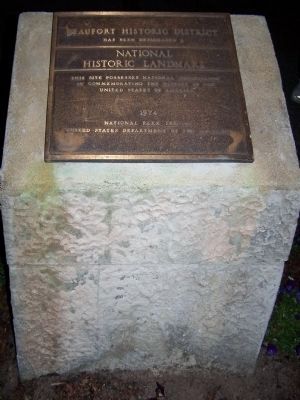 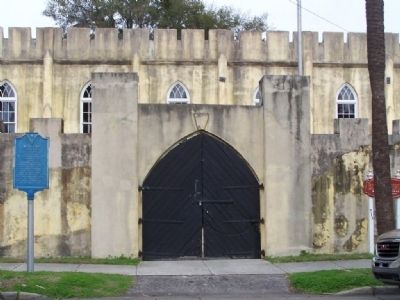 Photographed By Mike Stroud, 2008
7. Home to the Beaufort Arsenal
" Erected in 1798 and rebuilt in 1852, the Beaufort Arsenal was the home of the Beaufort Volunteer Artillery, commissioned in 1802, which had its roots in an earlier company organized in 1776 and served valiantly in the Revolutionary War. The BVA was stationed at Fort Beauregard during the Battle of Port Royal on November 7, 1861. "
Click for more information. 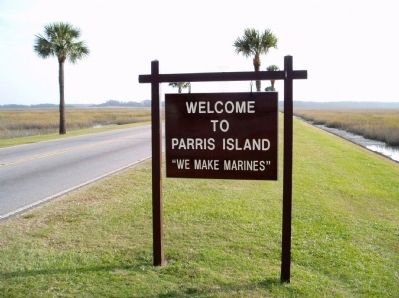 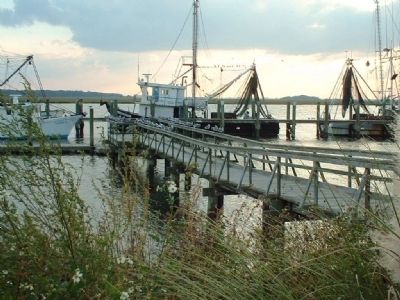 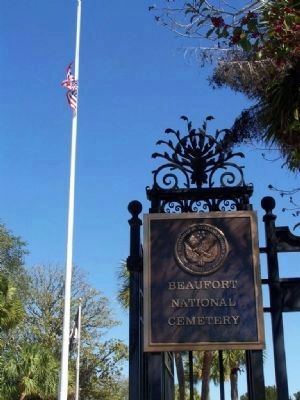 Photographed By Mike Stroud, 2008
10. National Cemetery
" These hallowed grounds hold the remains of at least nineteen black Union soldiers, 55th Massachusetts Infantry Regiment, who lost their lives on Folly Island in the siege of Charleston, during the winter encampment of Nov 1863 - Feb 1864, Civil War. " 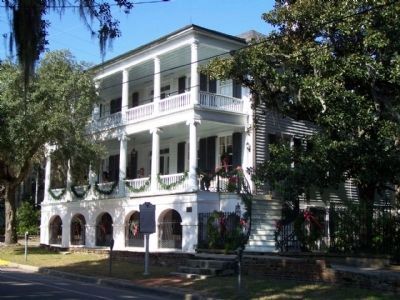 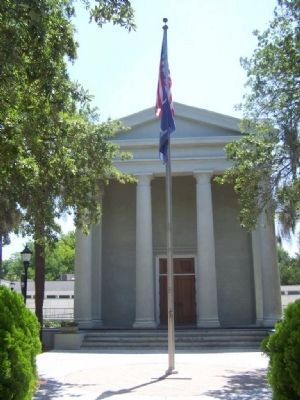 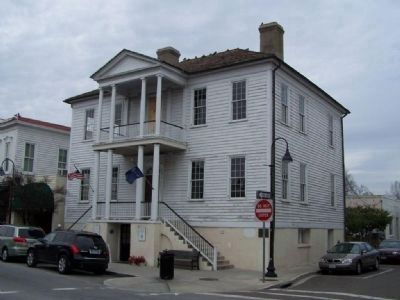