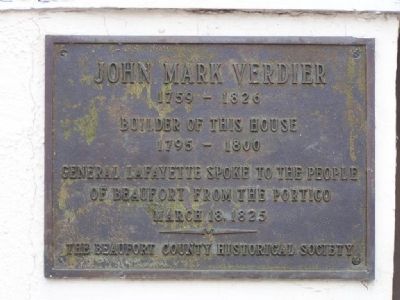 Photographed By Mike Stroud, February 2008
1. Verdier House Marker
Inscription.
Verdier House. .
John Mark Verdier 1759-1826 Builder Of This House 1795-1800 General Lafayette Spoke To The People Of Beaufort From This Portico March 18, 1825. . This historical marker was erected by Beaufort County Historical Society. It is in Beaufort in Beaufort County South Carolina

Topics and series. This historical marker is listed in these topic lists: Colonial Era • Notable Buildings. In addition, it is included in the Lafayette’s Farewell Tour, and the South Carolina, Beaufort County Historical Society series lists. A significant historical month for this entry is March 1832. 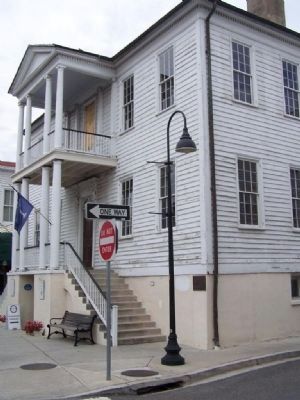 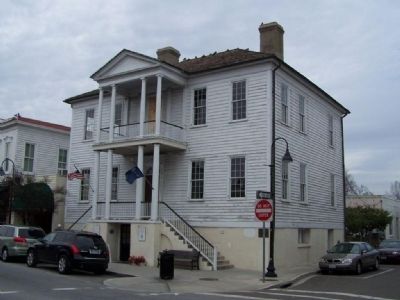 Additional commentary.
1. John Mark Verdier House - National Register Nomination Form (1971)
Description
The house is frame with clapboarding. It has two stories on an 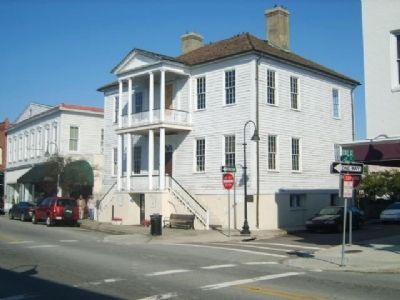 Photographed By Brian Scott, February 23, 2008
4. Verdier House
elevated stuccoed tabby basement. The roof is hipped. On the front is a double-tiered portico.

The interior, which follows a modified Adams style, has the traditional center hall with drawing room on the right, dining room on the left, and two additional rooms behind. In the hall, an archway frames the staircase. On the landing is a handsome Palladian window. From the landing a divided stairway leads to the second floor where there is a large ballroom with a retired room.

The house is in good condition, and partially restored.

Significance
Beaufort landmark since the 1790s, when built by john Mark Verdier. Son of a french Huguenot emigrant, Verdier was a wealthy planter and merchant whose house typified Beaufort's gracious 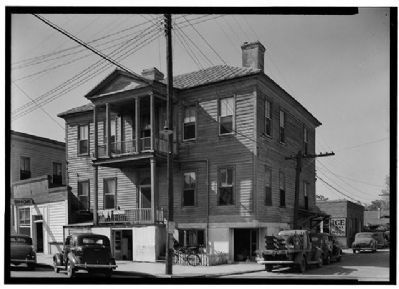 Historic American Buildings Survey, 1940
5. Verdier House
Historic American Engineering Record HABS SC,7-BEAUF,6-1
Significance: A late 18th century house where Lafayette was a guest in 1825, with elegant architectural features.
Click for more information.
architectural style and was a focal point of the town, providing entertainment for Lafayette during his Southern visit, and in the 1860s, headquarters for Union troops. (Historic Beaufort Foundation has a picture of the house with Union troops in front.)

In the ballroom, Beaufort's first telephone was installed.

The heirs of the builder owned the house until 1940 when it was bought by a committee for the Preservation of the Lafayette Building through public subscriptions. In 1967, this committee founded the Historic Beaufort Foundation, which now owns the house as headquarters, and makes it the focal point of the Historic Beaufort District which is listed on the National Register of Historic Places.
— Submitted July 25, 2011, by Brian Scott of Anderson, South Carolina. 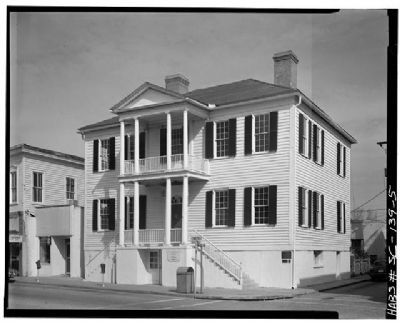 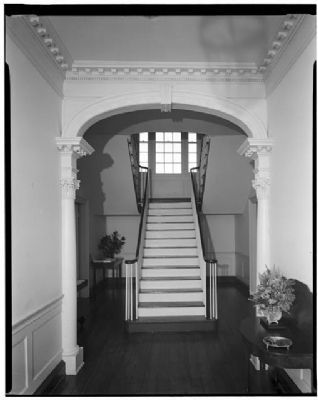 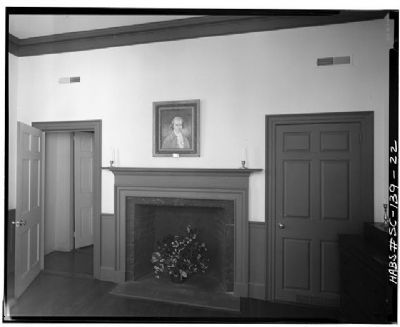 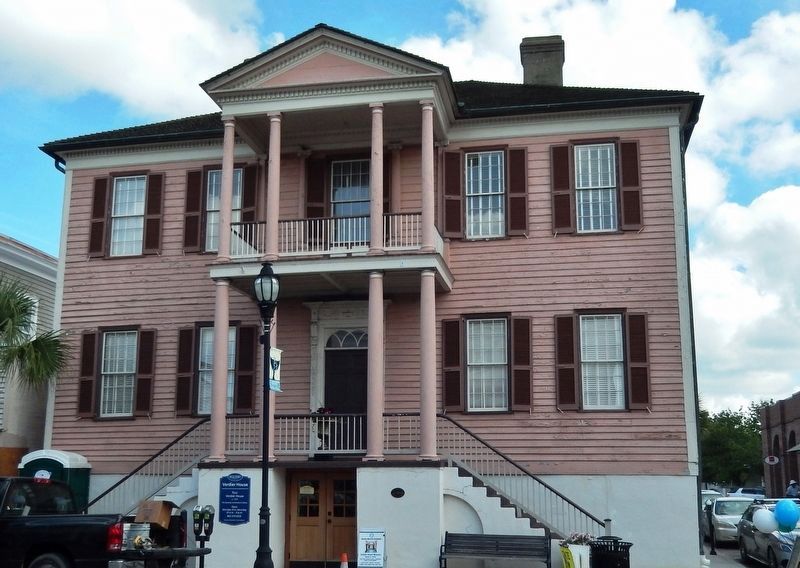 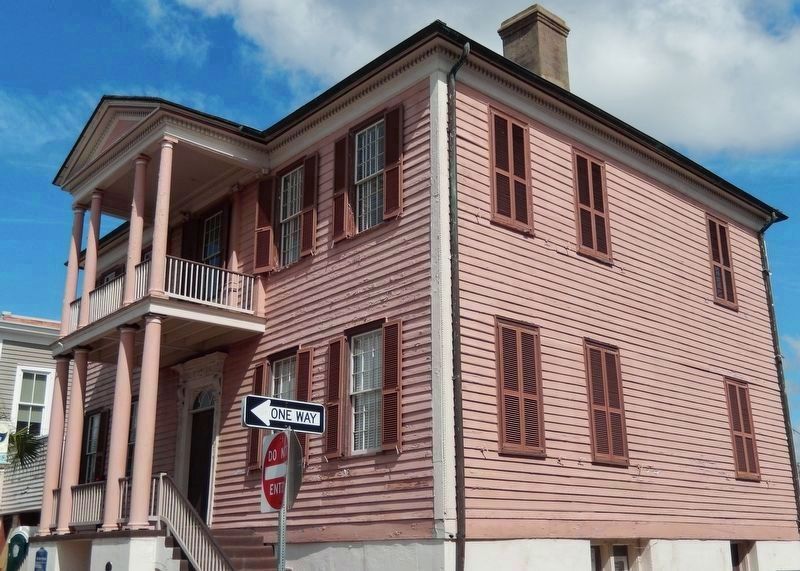