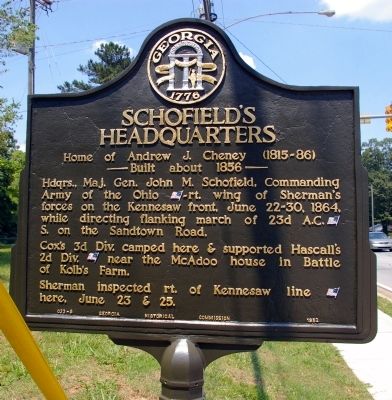 By David Seibert, June 2, 2009
1. Schofield's Headquarters Marker
Inscription.
Schofield's Headquarters. Home of Andrew J. Cheney (1815-86). Hdqrs., Maj. Gen. John M. Schofield, Commanding Army of the Ohio [US] -- rt. wing of Sherman’s forces on the Kennesaw front, June 22-30, 1864, while directing flanking march of 23d A.C. [US] S. on the Sandtown Road., Cox’s 3d Div. camped here and supported Hascall’s 2d Div. [US] near the McAdoo house in Battle of Kolb’s Farm. , Sherman inspected rt. of Kennesaw line [US] here, June 23 and 25. . This historical marker was erected in 1952 by Georgia Historical Commission. It is Near Marietta in Cobb County Georgia

Topics and series. This historical marker is listed in this topic list: War, US Civil. In addition, it is included in the Georgia Historical Society series list. A significant historical date for this entry is March 23, 1930.

Other nearby markers. At least 8 other markers are within 3 miles of this marker, measured as the crow flies. 16th A.C. to Roswell (a few steps from this marker); Ross' Headquarters 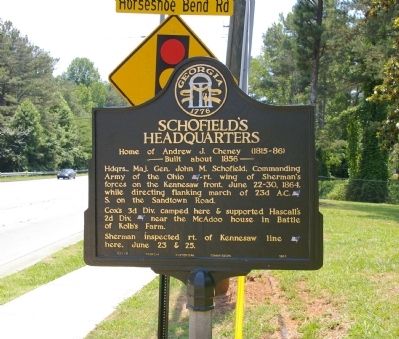 Regarding Schofield's Headquarters. The Cheney House has been preserved, but is now surrounded by an apartment complex. 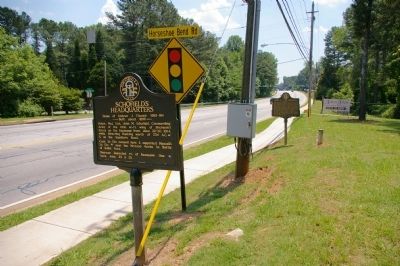 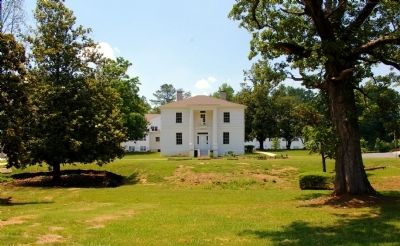 By David Seibert, June 2, 2009
4. The Cheney House
As it appears from the marker site 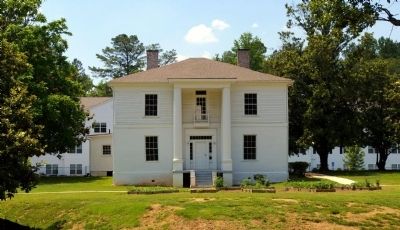 By David Seibert, June 2, 2009
5. The Cheney House
Apartments are visible in the background 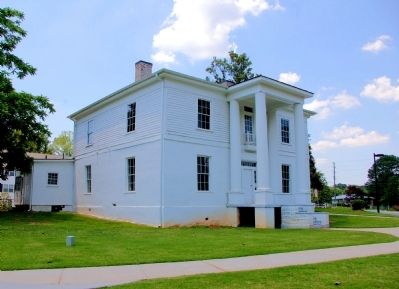 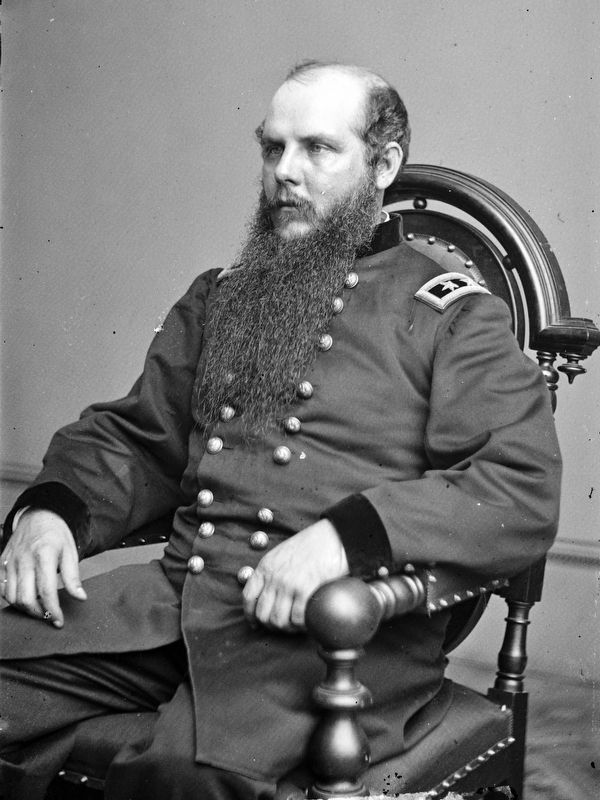