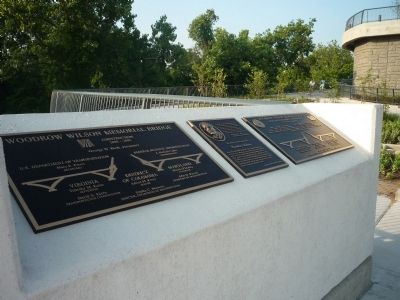 [Center Panel]
This bridge is named in honor of Woodrow Wilson.

An early automobile enthusiast, he reportedly spent an average of two hours per day riding in his automobile to relax and “loosen his mind from the problems before him.” In 1916, he signed the Federal Aid Road Act, the first bill to provide federal funding for state highways. This Act and its successors transformed America’s dusty and muddy trails into the most advanced and comprehensive road network in the World.

“I tell you very frankly that my interest in good roads is not merely an interest in the pleasure of riding in automobiles...it is also the interest in weaving as complicated and elaborate a net of neighborhood and state and national opinions together as it is possible to weave.”
Woodrow Wilson, 1912 - 28th President of the United States
(Image courtesy of Bureau of Engraving and Printing.) Topics and series. This historical marker is listed in these topic lists: Bridges & Viaducts • Government & Politics • Roads & Vehicles • Waterways & Vessels. In addition, it is included in the ASCE Civil Engineering Landmarks, and the Former U.S. Presidents: #28 Woodrow Wilson series lists. A significant historical year for this entry is 1916.

Location. 38° 47.607′ N, 77° 1.513′ W. Marker is in Oxon Hill, Maryland, in Prince George's County. Marker can be reached from the Woodrow Wilson Bridge Trail (U.S. I-95) 0.8 miles west of Oxon Hill Road (State Route 414). The marker panels are on the west side of Rosalie Island and are accessible from Maryland via the eastern entrance to the hiker/biker trail (west of Oxon Hill Road and north of National Harbor); or from Alexandria, Virginia via the western entrance to the trail, off S. Washington St./Mt. Vernon Hwy. (VA-400). Touch for map. Marker is in this post office area: Oxon Hill MD 20745, United States of America. Touch for directions.

Other nearby markers. At least 8 other markers are within walking distance of this marker. Crossing the River (a few steps from this marker); Two Worlds Meet in the Summer of 1608. 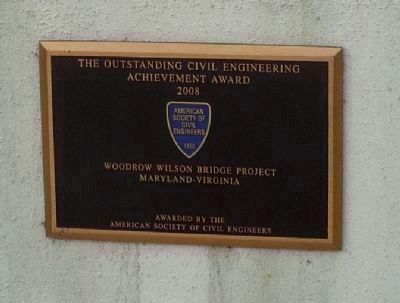 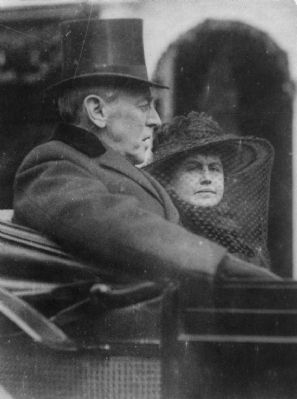