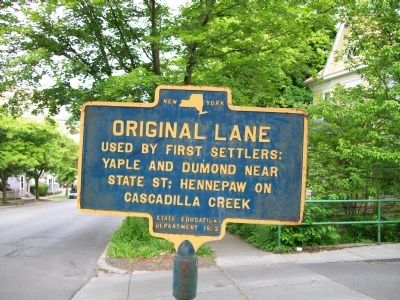 Photographed By B. Carkido, June 8, 2009
1. Original Lane Marker
Inscription.
Original Lane. . , Used by first settlers: , Yaple and Dumond, near State St: Hennepaw on Casadilla Creek . This historical marker was erected in 1932 by State Education Department. It is in Ithaca in Tompkins County New York 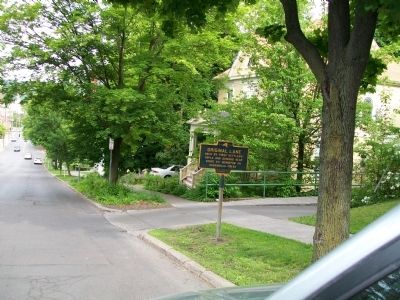 Also see . . .
1. The Yaple Family. Genealogy Connect Plus website entry:
In April of the year of 1789 three in number, related to each other by marriage, Jacob Yaple, Isaac Dumond, and Peter Hinepaw, revisited the district previously explored and selected four hundred acres on lot No. 94, then in the county of Montogomery, of which the west line of Tioga Street in the village of Ithaca, Tompkins Co., NY. (Submitted on June 13, 2009.) 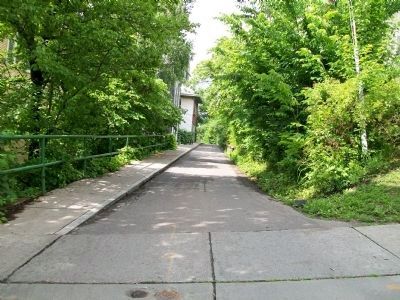