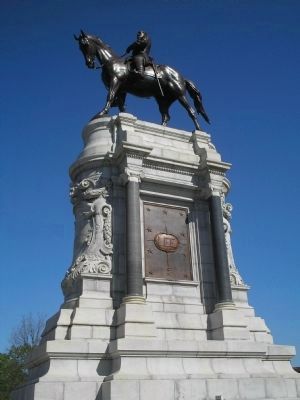 Erected 1890 by the Lee Monument Commission.

Topics and series. This monument and memorial is listed in this topic list: War, US Civil. In addition, it is included in the National Historic Landmarks series list.

Location. Marker has been permanently removed. It was located near 37° 33.23′ N, 77° 27.608′ W. Marker was in Richmond, Virginia. Memorial was at the intersection of Monument Avenue and N Allen Avenue, in the median on Monument Avenue. Touch for map. Marker was in this post office area: Richmond VA 23220, United States of America. Touch for directions.

More about this monument. Bronze by Marius Jean Antonin Mercie (1845-1916) is 21 feet high on a 40 foot granite and marble base. The sculpture cost nearly $17,000 and the base cost between $10,000 and $12,000. The base was designed by architect Paul Pujol and was executed by James Netherwood. The sculpture was exhibited in Paris before being dismantled and shipped to Richmond. —Smithsonian Art Inventories Catalog.

Related markers. Click here for a list of markers that are related to this marker. Take a tour of the monuments on “America’s Most Beautiful Boulevard.” 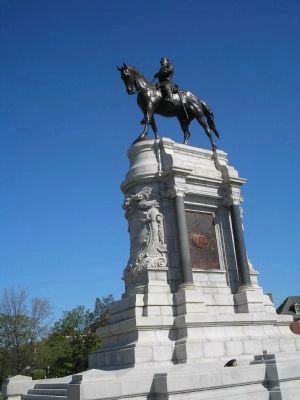 1. Robert E. Lee. Biography of Lee from ‘The Men Behind the Myth: Who's Who Among Confederate Heroes’ webpage. (Submitted on June 11, 2009, by Bill Coughlin of Woodland Park, New Jersey.)

“It’s often forgotten that Lee himself, after the Civil War, opposed monuments, specifically Confederate war monuments,” said Jonathan Horn, the author of the Lee biography, The Man Who Would Not Be Washington.

In his writings, Lee cited multiple reasons for opposing such monuments, questioning the cost of a potential Stonewall Jackson monument, for example. But underlying it all was one rationale: That the war had ended, and the South needed to move on and avoid more upheaval. ...

“Lee believed countries that erased visible signs of civil war recovered from conflicts quicker,” Horn said. “He was worried that by keeping these symbols alive, it would keep the divisions alive.”

4. Wikipedia entry for this monument. Excerpt:

The cornerstone for the monument was placed on October 27, 1887. The statue arrived in Richmond by rail on May 4, 1890. Newspaper accounts indicate that 10,000 people helped pull four wagons with the pieces of the monument. The completed statue was unveiled on May 29, 1890. Two of Lee’s daughters, Mary Custis Lee and Mildred Childe Lee, attended the dedication. 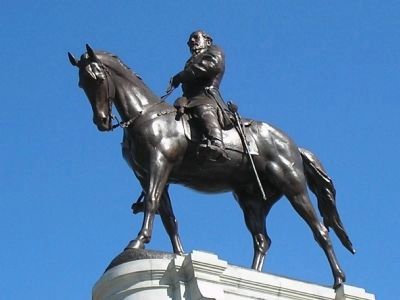 Photographed By Bill Coughlin, April 21, 2007
3. Closeup of Robert E. Lee Statue
The sculptor did not use the likeness of Traveler, General Lee's horse, in his sculpture. The horse depicted here is significantly larger than Traveler.
The site for the statue originally was offered in 1886. Richmond City annexed the land in 1892, but economic difficulties meant that the Lee Monument stood alone for several years in the middle of a tobacco field before development resumed in the early 1900s.

In 1992, the iron fence around the monument was removed, in part because drivers unfamiliar with traffic circles would run into the fence from time to time and force costly repairs. After the fences came down, the stone base became a popular sunbathing spot. In December 2006, the state completed an extensive cleaning and repair of the monument. It has been listed on the National Register of Historic Places since 2007, the Virginia Landmarks Register since 2006, and is located in the Monument Avenue Historic District. 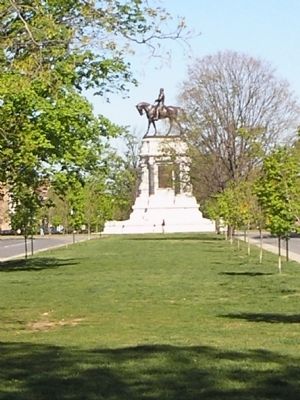 Photographed By Bill Coughlin, April 21, 2007
4. Lee Monument
This photo was taken from the statue of J.E.B. Stuart, also on Monument Avenue. 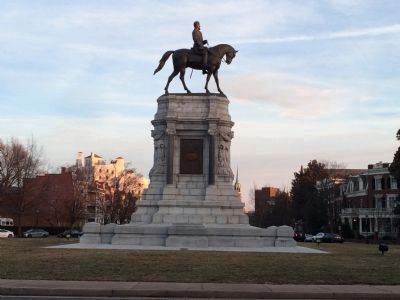 Photographed By J. Makali Bruton, February 7, 2015
5. An additional view of the Robert E. Lee statue looking toward the southeast along Monument Avenue. 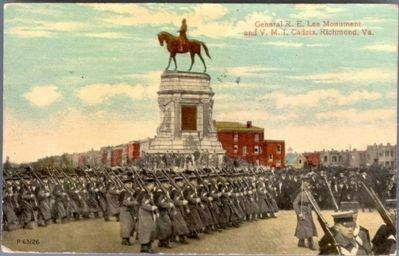 circa 1916
6. General R.E. Lee Monument and V.M.I. Cadets, Richmond, Va.
The Cadets of the Virginia Military Institute (the West Point of the South) are the pride of the whole state and are ready at the call of the Governor at all times. VCU Libraries Digital Collections - Rarely Seen Richmond 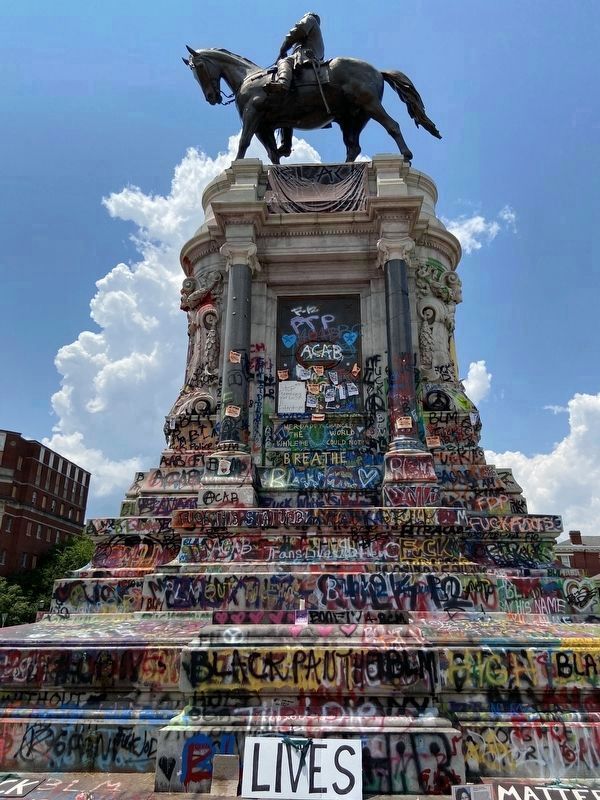 By Mk17b via Wikimedia Commons (CC ), July 1, 2020
7. Robert E. Lee Monument, Defaced
Robert E. Lee Monument as it stood on July 1, 2020 after the George Floyd Protests and while awaiting the result of a court battles between the Commonwealth of Virginia who wanted to remove it, and small group of nearby residents and a descendant of the family that granted the property to the state with a legal requirement that the state display the monument here in perpetuity.

On September 2, 2021 the Virginia Supreme Court ruled that “those restrictive covenants are unenforceable as contrary to public policy and for being unreasonable because their effect is to compel government speech, by forcing the Commonwealth to express, in perpetuity, a message with which it now disagrees.” 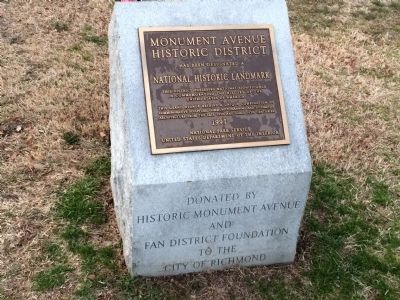