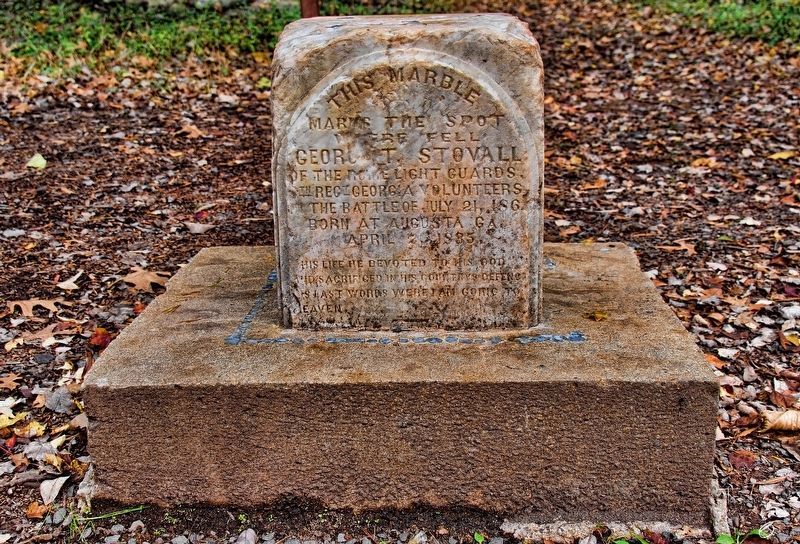 By Cary Thomas Stovall Sr, circa June 30, 2014
1. George T. Stovall Marker
Inscription.
George T. Stovall. . This marble marks the spot where fell George T. Stovall of the Rome Light Guards, 8th Regt. Georgia Volunteers in the battle of July 21, 1861. Born at Augusta, GA, April 25, 1835. . . His life he devoted to his God and sacrificed in his country's defence. . . His last words were I am going to heaven. . This historical marker is Near Manassas in Prince William County Virginia

His life he devoted to his God and sacrificed in his country's defence.

His last words were I am going to heaven.

Location. 38° 49.609′ N, 77° 31.688′ W. Marker is near Manassas, Virginia, in Prince William County. Marker can be reached from Sudley Road (Virginia Route 234). It’s located in a wooded section of the Matthews Trail in the Manassas National Battlefield Park. Touch for map. Marker is in this post office area: Nellysford VA 22958, United States of America. Touch for directions. 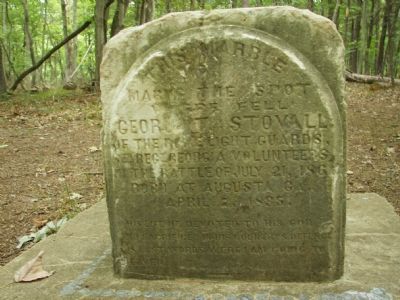 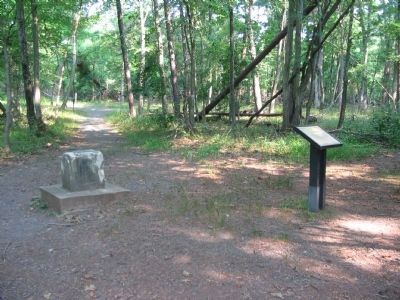 By Craig Swain
3. George T. Stovall Monument and the 8th Georgia Marker
Located along the Matthews Hill trail loop, near the intersection with the First Manassas hiking trail. 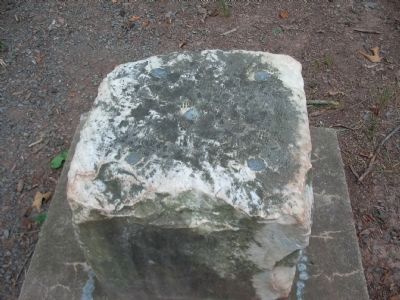