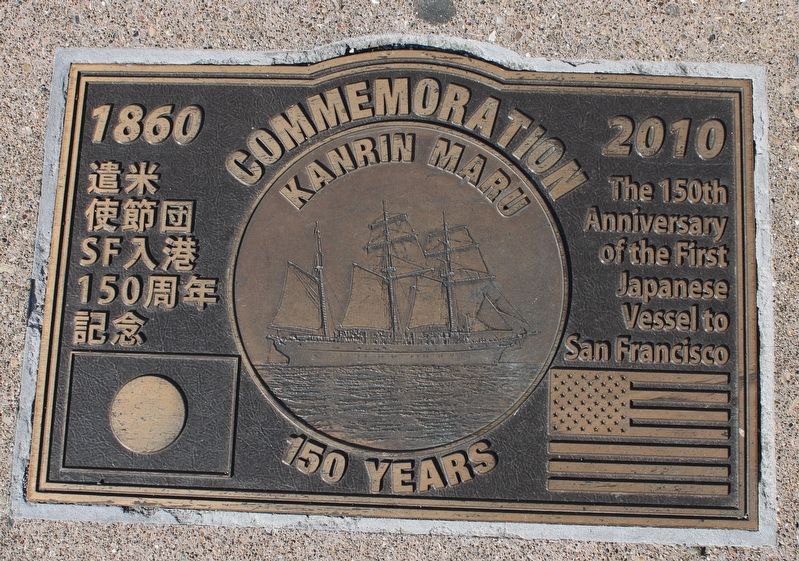 Photographed By Joseph Alvarado, June 21, 2022
1. Kanrin Maru Marker
Inscription.
Kanrin Maru. . Commemoration 150 Years , 1860 - 2010 , The 150th Anniversary of the First Japanese Vessel to San Francisco , . This historical marker was erected in 2010. It is in San Francisco in San Francisco City and County California

Topics. This historical marker is listed in this topic list: Waterways & Vessels. A significant historical year for this entry is 1860. 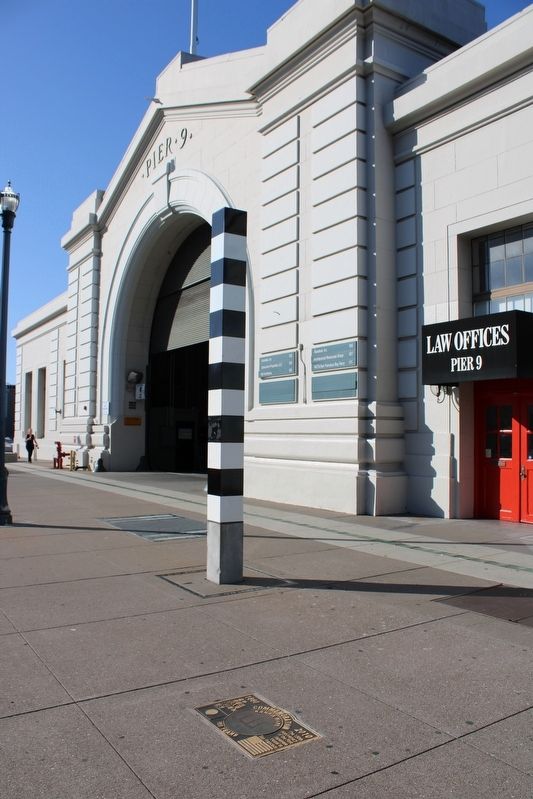 1. The Kanrin Maru: the Japanese Ship that Crossed the Pacific.

"It was a Japanese crew's first experience making such a long voyage and they faced considerable hardships, including severe weather, during the difficult crossing."

(Submitted on June 24, 2022, by Joseph Alvarado of Livermore, California.)

"The official objective of the mission was to send the first ever Japanese embassy to the US, and to ratify the new treaty of Friendship, Commerce, and Navigation between the United States and Japan."