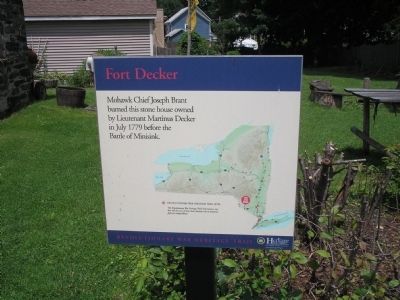 Mohawk Chief Joseph Brant burned this stone house owned by Lieutenant Martinus Decker in July 1779 before the Battle of Minisink.

Topics. This historical marker is listed in these topic lists: Forts or Castles • Native Americans • War, US Revolutionary. 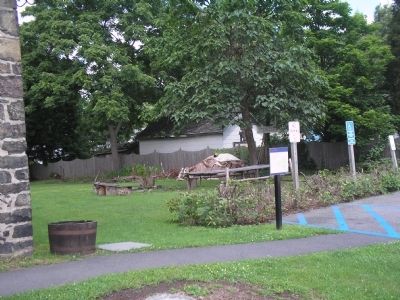 By Bill Coughlin, July 3, 2009
2. Marker in Port Jervis
Click here for a list of markers that are related to this marker. Markers that follow the July 1779 raid made by Joseph Brant’s Mohawks and Tories and the subsequent Battle of Minisink. 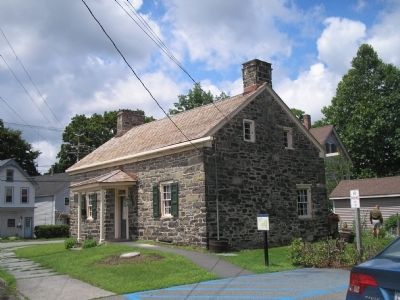 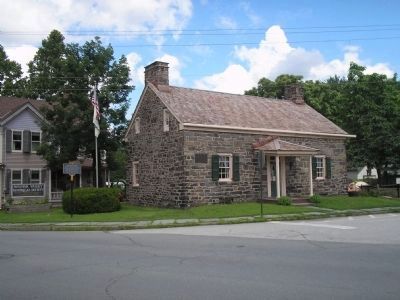