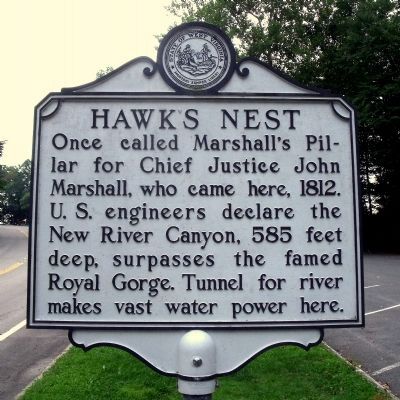 Topics and series. This historical marker is listed in this topic list: Natural Features. In addition, it is included in the West Virginia Archives and History series list. A significant historical year for this entry is 1812. 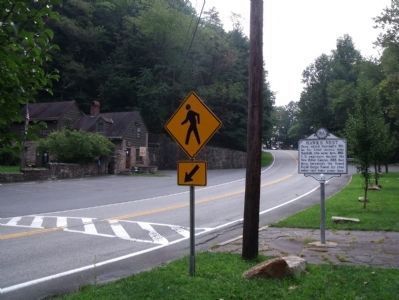 More about this marker. This marker was erected before 1937.

Regarding Hawk’s Nest. Hawk’s Nest, the site of Hawks Nest State Park, is a peak on Gauley Mountain in Ansted, West Virginia, USA. The cliffs at this point rise 585 feet (178 m) above the New River [which itself is about 1900 feet above sea level]. Located on the James River and Kanawha Turnpike (the road that served as an extension of the canal across what is now West Virginia), many early travelers on this road stopped to see the view of the river below. In modern times, the Midland Trail carries U.S. Highway 60 through the same general route. Ample parking at the overlook in the state park provides tourists with 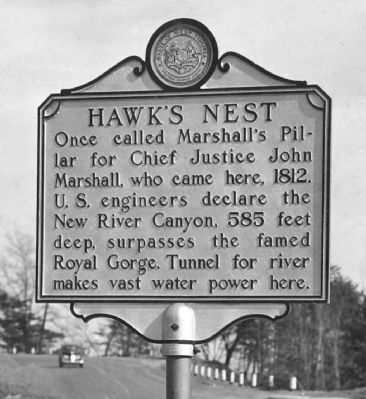 The name Hawk’s Nest derived from the many fish hawks [also known as ospreys] which inhabited the massive cliffs at this point. When the railroad began blasting in the area between 1869 and 1873, the hawks left the site and never returned. The Chesapeake and Ohio Railway was completed through the area on January 29, 1873, and a ceremony was held at Hawk’s Nest Station. —excerpted from Wikipedia entry.

Also see . . .  The Chesapeake & Ohio Railway at Hawks Nest, West Virginia. Article by Thomas W. Dixon Jr. in the February 2000 issue of Chesapeake and Ohio Magazine. “The Hawks Nest location holds an early and symbolically important place in C&O history. It was here, at 3 p.m. on January 29, 1873, that the C&O’s expansion to the Ohio was completed. Track being built eastward from the new town of Huntington, W Va., met track that had been built westward from White Sulphur Springs.” (Submitted on July 9, 2009, by J. J. Prats of Powell, Ohio.) 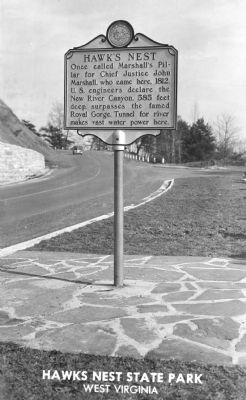 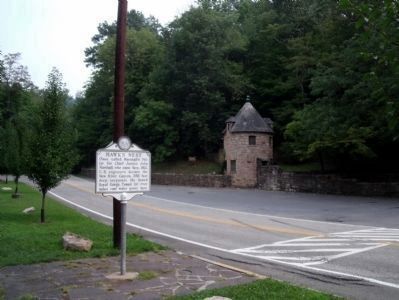 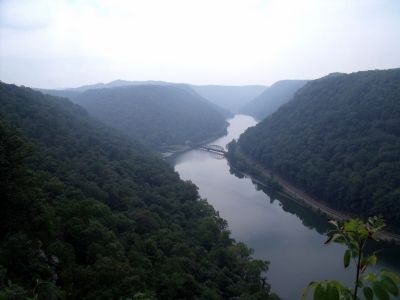 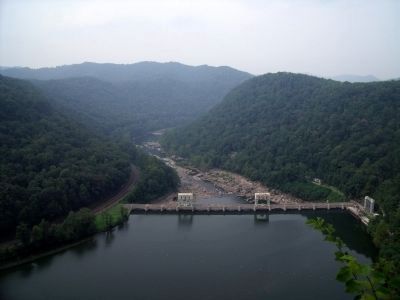 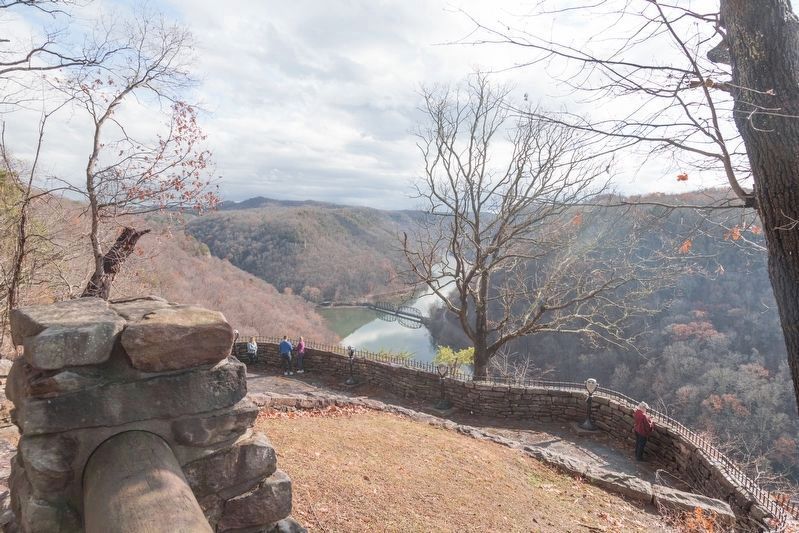 Editor’s want-list for this marker. Photo of the brass plaque at the overlook, perhaps on its own page if it qualifies as a historical marker • Can you help?
Share this page.