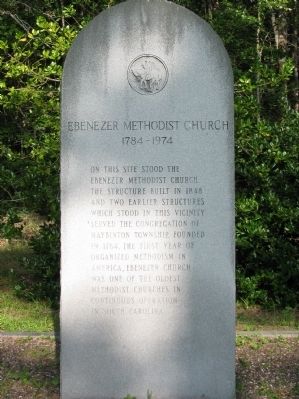 On this site stood the Ebenezer Methodist Church. The structure built in 1848 and two earlier structures which stood in this vicinity served the congregation of Maybinton Township. Founded in 1784 the first year of organized Methodism in America, Ebenezer Church was one of the oldest Methodist churches in continuous operation in South Carolina. 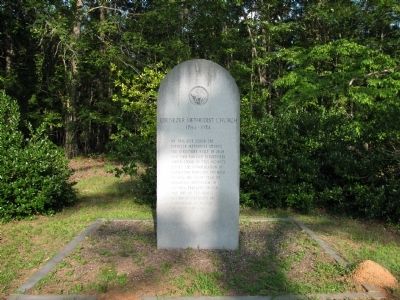