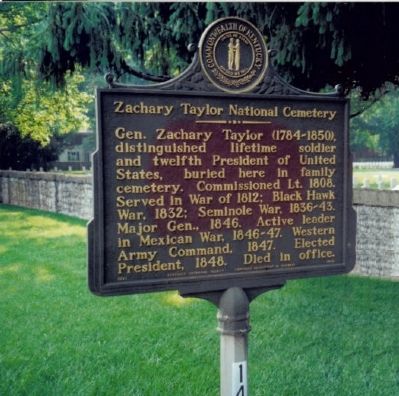 Topics and series. This historical marker is listed in these topic lists: Cemeteries & Burial Sites • War of 1812 • War, Mexican-American. In addition, it is included in the Former U.S. Presidents: #12 Zachary Taylor, the Kentucky Historical Society, and the National Cemeteries series lists. A significant historical year for this entry is 1808. 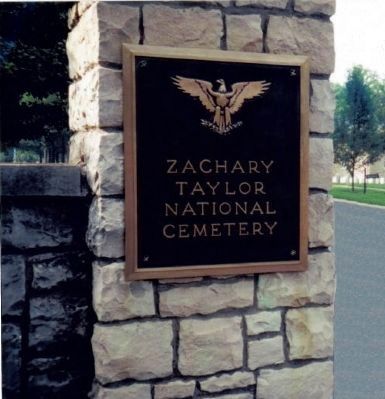 Also see . . .  Official Web Site - - U. S. Dept. of Veterans Affairs. Has an excellent History of the "Zachary Taylor National Cemetery" and other items. (Submitted on August 8, 2009, by Al Wolf of Veedersburg, Indiana.) 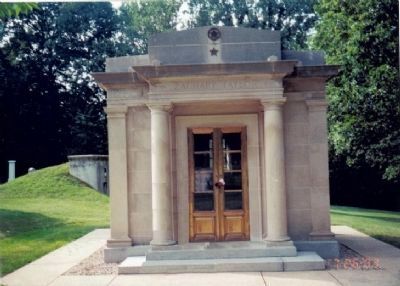 Photographed By Bill Coughlin, July 26, 2003
3. Tomb of Zachary Taylor
President Taylor and his wife were interred in this mausoleum on May 6, 1926. Before that, their remains were in the Taylor family vault seen in the photo in the background to the left. 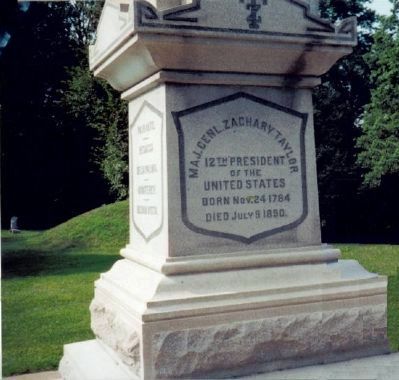 Photographed By Bill Coughlin, July 26, 2003
4. Zachary Taylor Monument
This monument to Zachary Taylor, located near the Taylor mausoleum, is inscribed with the names of battles in which he took part, including Palo Alto, Resacca, De La Palma, Monterey and Beuna Vista (Buena Vista). 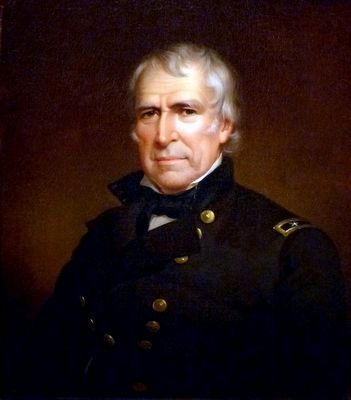