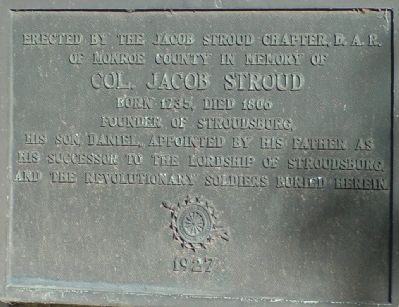 In Memory of Col. Jacob Stroud, Born 1735, Died 1806, Founder of Stroudsburg; his son Daniel, appointed by his father as his successor to the Lordship of Stroudsburg; and the Revolutionary Soldiers buried herein.

Erected 1927 by Jacob Stroud Chapter, Daughters of the American Revolution of Monroe County.

Topics and series. This historical marker is listed in these topic lists: Cemeteries & Burial Sites • Settlements & Settlers • War, US Revolutionary. In addition, it is included in the Daughters of the American Revolution (DAR) series list. A significant historical year for this entry is 1735.

Location. 40° 59.406′ N, 75° 11.256′ W. Marker is in Stroudsburg, Pennsylvania, in Monroe County. Marker is on Main Street (U.S. 209), on the right when traveling north. To the left of the entrance to the Dansbury Mission Cemetery. Touch for map. Marker is at or near this postal address: 321 Main Street, Stroudsburg PA 18360, United States of America. Touch for directions. 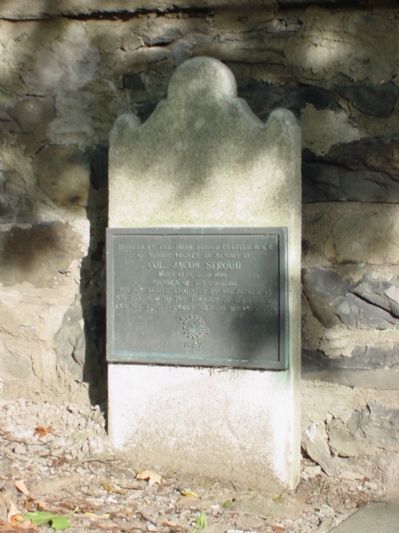 More about this marker. Bronze plaque on a stone marker. 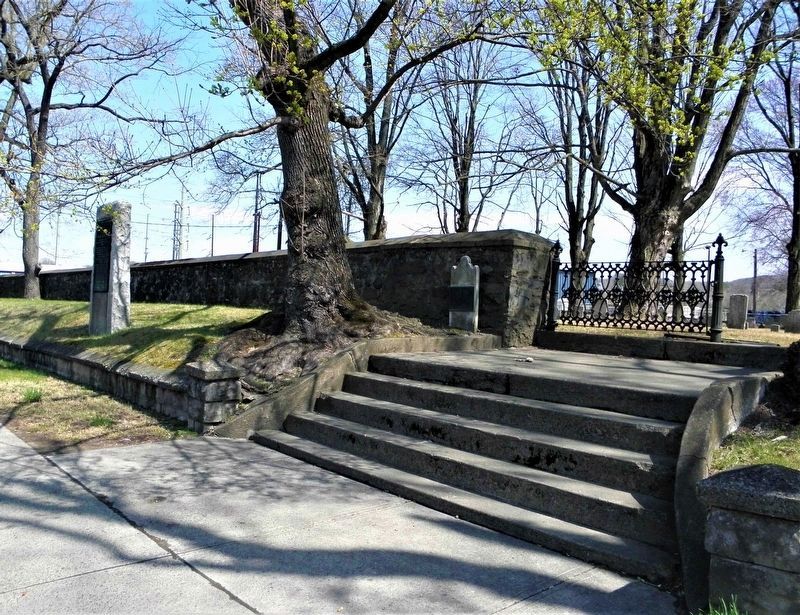