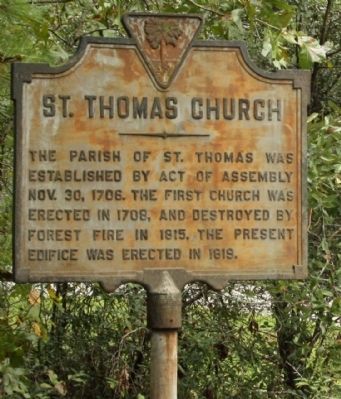 Topics. This historical marker is listed in these topic lists: Churches & Religion • Colonial Era. A significant historical date for this entry is October 30, 1820. 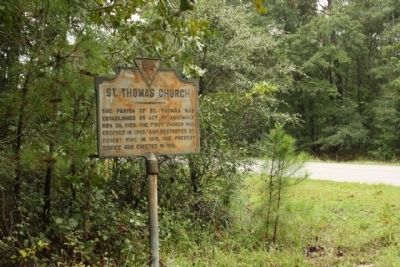 Click or scan to see
this page online
(St. Thomas & St. Dennis Parish Episcopal Church; Brick Church) White Church, or St. Thomas & St. Dennis Parish Episcopal Church, was constructed in 1819 and occupies the site of the older parish church of St. Thomas, which was built about 1706 but which burned in 1815. During the Reconstruction period, the church was the scene of the 1876 “Cainhoy Massacre,” a serious riot between whites and blacks which developed when some white men from Charleston journeyed to Cainhoy to attend a Negro Republican meeting. The blacks fired upon the white men with guns they had hidden in a vault at St. Thomas churchyard.
The church, charming in its simplicity of design, is a uniquely beautiful example of a small, rural parish church of the early 1800s. The church, with its Classical Revival or late Federal features, is made of stucco over brick with a medium gable roof made of tile. A high-arched doorway with a fanlight capped by a five-panel arch is set between pilasters. The side facades are identical. A balcony above the inside door was added about 1858. In 1937 the church was restored by Henry F. Guggenheim. An unusual and distinctive auxiliary building is the vestry, with hipped roof on one end and chimney on the other, giving the appearance of a half-completed building. A cemetery dating from 1782 is included in the nomination. Listed in the National Register September 22, 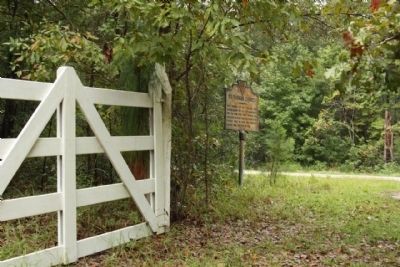 Additional commentary.
1. Cross inside the church
I went out to St. Thomas Chapel of Ease several times in the early 1990's. The caretaker, John Slayton, was a friend and fellow member of St. Andrews Church, Mount Pleasant, SC. John made the large cross that is hanging over the altar at St. Thomas Chapel. He also made another large cross for St. Andrews and hung it in the old Sams Hall.
— Submitted June 27, 2018, by Ann Sullivan Tiller of Mount Pleasant, South Carolina. 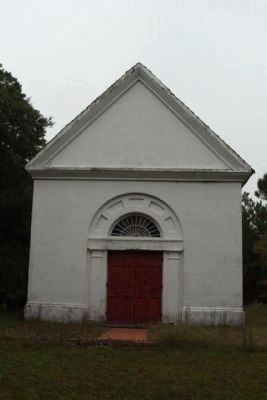 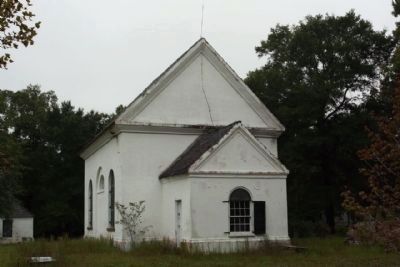 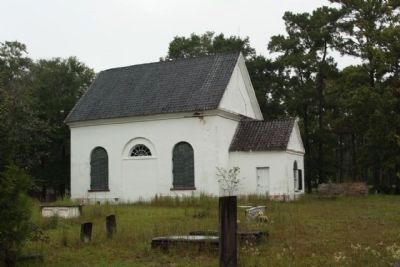 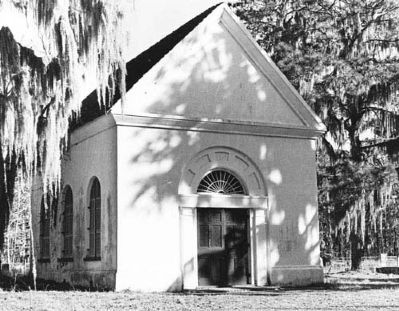 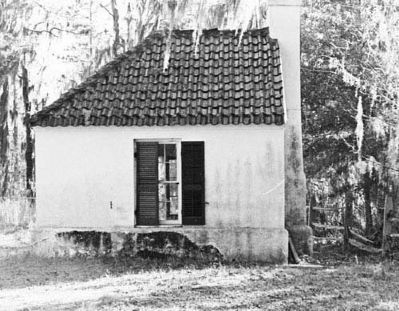 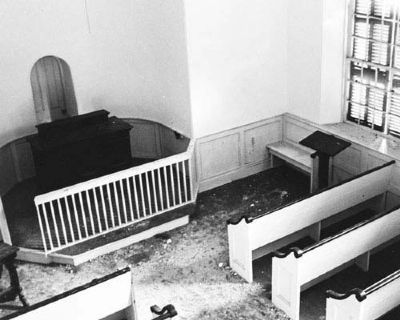