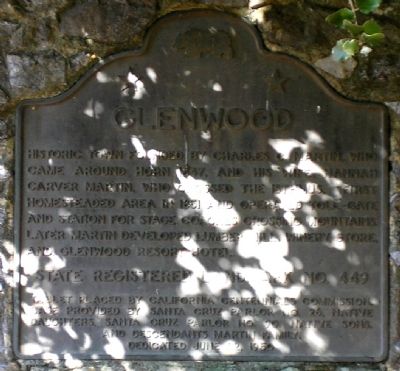 Topics and series. This historical marker is listed in these topic lists: Industry & Commerce • Roads & Vehicles • Settlements & Settlers. In addition, it is included in the California Historical Landmarks, and the Native Sons/Daughters of the Golden West series lists. A significant historical year for this entry is 1847. 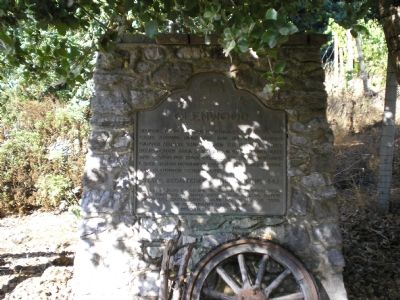 Click or scan to see
this page online
north. Plaque is located beneath olive tree on right side of road when driving westbound on Glenwood Drive. Caution, narrow two-way road. Touch for map. Marker is at or near this postal address: 4171 Glenwood Dr, Scotts Valley CA 95066, United States of America. Touch for directions.

More about this marker. “Horn” refers to Cape Horn, the southernmost point of South America. “Isthmus” refers to the Isthmus of Panama, another popular route west for California settlers.

Regarding Glenwood. In 1916 the population was 100. Nothing of the town of Glenwood remains.