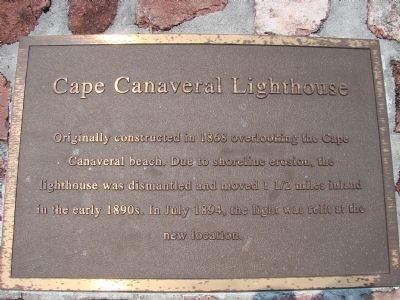 Originally constructed in 1868 overlooking the Cape Canaveral beach. Due to shoreline erosion, the lighthouse was dismantled and moved 1 ½ miles inland in the early 1890s. In July 1894, the light was relit at the new location.

Topics and series. This historical marker is listed in these topic lists: Communications • Waterways & Vessels. In addition, it is included in the Lighthouses series list. 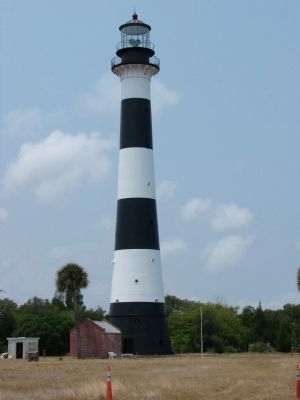