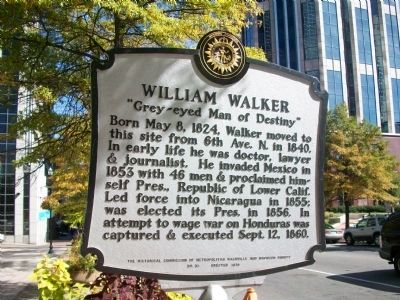 By Kathy Walker, October 20, 2009
1. William Walker Marker
Inscription.
William Walker. "Grey-eyed Man of Destiny". Born May 8, 1824, Walker moved to this site from 6th Ave. N. in 1840. In early life he was a doctor, lawyer & journalist. He invaded Mexico in 1853 with 46 men & proclaimed himself Pres., Republic of Lower Calif. Led force into Nicaragua in 1855; was elected its Pres. in 1856. In attempt to wage war with Honduras was captured & executed Sept. 12, 1860. . This historical marker was erected in 1970 by the Historical Commission of Metropolitan Nashville and Davidson County. It is in Nashville in Davidson County Tennessee

Erected 1970 by the Historical Commission of Metropolitan Nashville and Davidson County. (Marker Number 35.)

Topics and series. This historical marker is listed in these topic lists: Communications • Law Enforcement • Science & Medicine. In addition, it is included in the Tennessee, The Historical Commission of Metropolitan Nashville and Davidson County series list.

Location. 36° 9.752′ N, 86° 46.679′ W. Marker is in Nashville, Tennessee, in Davidson County. Marker is at the intersection of Commerce St and 4th Ave N, on the right when traveling west on Commerce St. Touch for map. Marker is in this post office area: Nashville TN 37201, United States of America. Touch for directions. 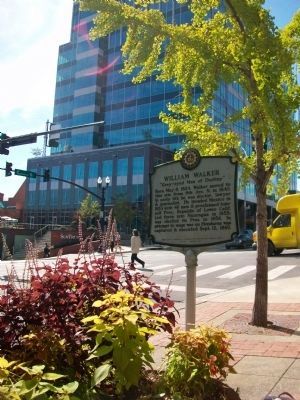 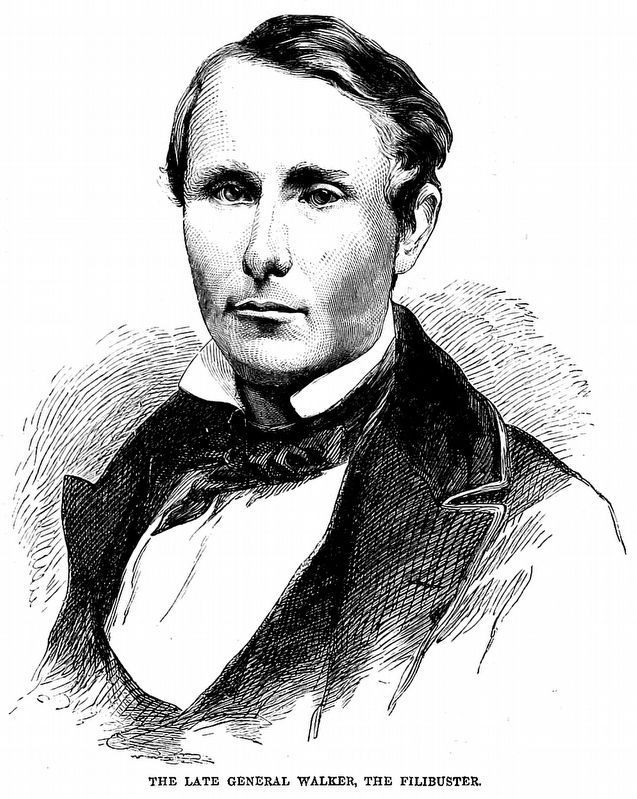