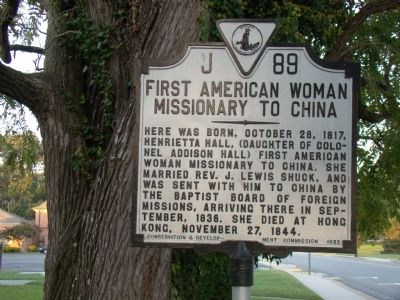 Here was born, October 28, 1817, Henrietta Hall (daughter of Colonel Addison Hall), first American woman missionary to China. She married Rev. J. Lewis Shuck, and was sent with him to China by the Baptist Board of Foreign Missions, arriving there in September, 1836. She died at Hong Kong, November 27, 1844.

Topics and series. This historical marker is listed in these topic lists: Churches & Religion • Exploration • Women. In addition, it is included in the Virginia Department of Historic Resources series list. A significant historical month for this entry is September 1836.

Other nearby markers. At least 8 other markers are within 4 miles of this marker, measured as the crow flies. Kilmarnock (about 500 feet away, measured in a direct line); Never Forget Garden 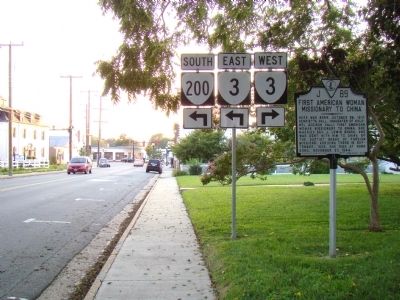 Also see . . .  A Memoir of Mrs. Henrietta Shuck, the First American Female Missionary to China. 1850 book by Jeremiah Jeter. “Her life, though it did not abound in striking incidents and brilliant achievements, was filled up with diligent, self-denying, and earnest efforts for the salvation of the heathen.” (Submitted on November 8, 2009.) 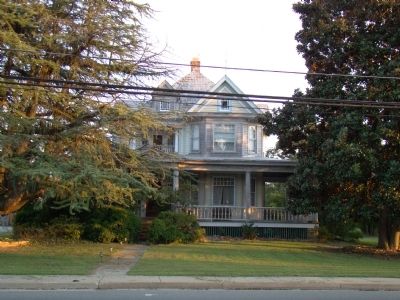 Photographed By J. J. Prats, September 5, 2009
3. House Directly Across the Street from the Marker 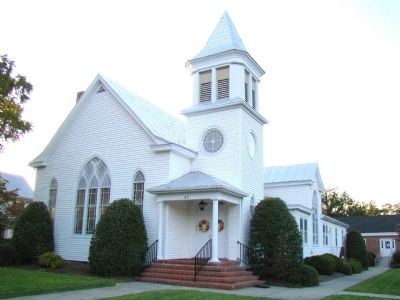 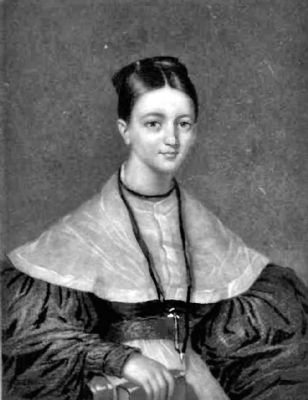