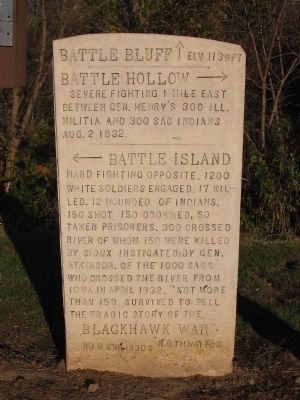 Topics and series. This historical marker is listed in this topic list: Wars, US Indian. In addition, it is included in the Black Hawk War series list. A significant historical month for this entry is April 1832. 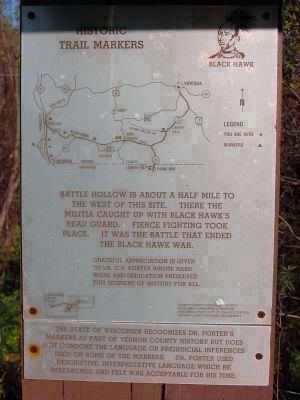 Battle Hollow is about a half mile to the west of this site. There the militia caught up with Black Hawks rear guard. Fierce fighting took place. It was the battle that ended the Black Hawk War.

The State of Wisconsin recognizes Dr. Porter's markers as part of Vernon County history but does not condone the language or prejudicial inferences used on some of the markers. Dr. Porter used descriptive, interpretative language which he researched and felt was acceptable for his time.

Click or scan to see
this page online
north of Main Street (State Highway 82), on the right when traveling north. Marker is at a highway pull-off, 0.2 miles south of Battle Hollow Road. Touch for map. Marker is in this post office area: De Soto WI 54624, United States of America. Touch for directions.

More about this marker. R.G. (Reuben Gold) Thwaites, quoted in the text, was superintendent of the State Historical Society of Wisconsin. Dr. Porter, who was also a De Sota, Wisconsin school teacher, died November 30, 1931.

Also see . . .  Black Hawk: The Battle for the Heart of America. "In 1989 the Wisconsin State Assembly... issued a formal apology and expressed its deepest, heartfelt "regret amd sorrow" to the surviving members of the Sauk and Fox nations for the wrongs done 157 years before." (Submitted on November 14, 2009.) 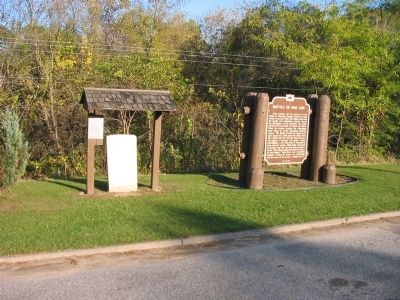 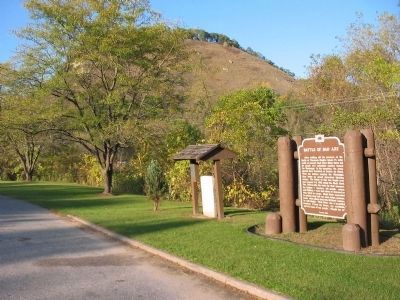