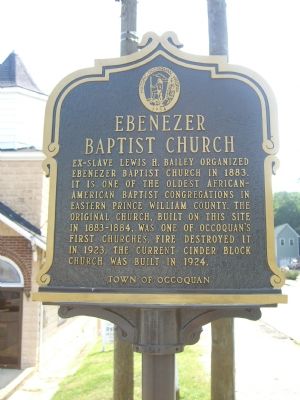 Ex-slave Lewis H. Bailey organized Ebenezer Baptist Church in 1883. It is one of the oldest African-American Baptist congregations in Eastern Prince William County. The original church, built on this site in 1883–1884, was one of Occoquan’s first churches. Fire destroyed it in 1923. The current cinder block church was built in 1924.

Erected by Town of Occoquan. 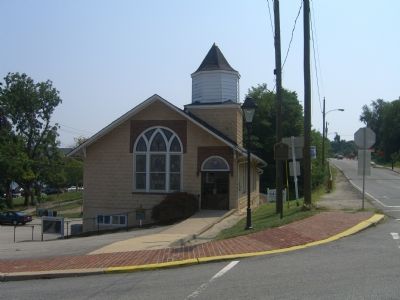