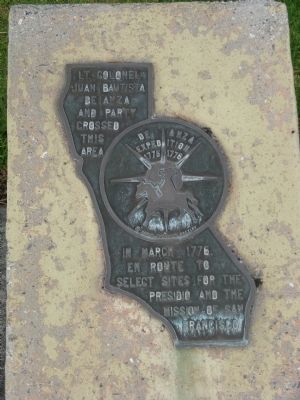 Lt. Colonel Juan Bautista de Anza by decree of Carlos III of Spain led and expedition near this site – The mission being to colonize the San Francisco Bay Area.

Topics and series. This historical marker is listed in these topic lists: Colonial Era • Exploration • Settlements & Settlers. In addition, it is included in the Juan Bautista de Anza National Historic Trail series list. A significant historical year for this entry is 1775. 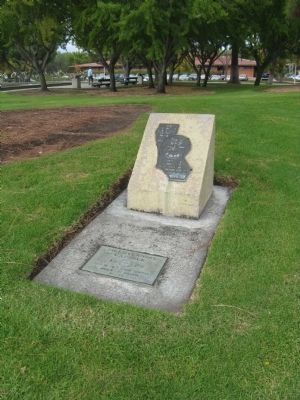 Also see . . .
1. The Juan Bautista de Anza National Historic Trail Guide. "Everyone mount up!" This became a familiar call from Spanish Captain Juan Bautista de Anza. In 1776, as Americans fought for their independence in the East, Anza led almost 300 people over 1200 miles to settle Alta California. It was the first overland route established to connect New Spain with San Francisco. Walk in their footsteps from Nogales, Arizona to San Francisco, California. (Submitted on November 21, 2009, by Syd Whittle of Mesa, Arizona.) 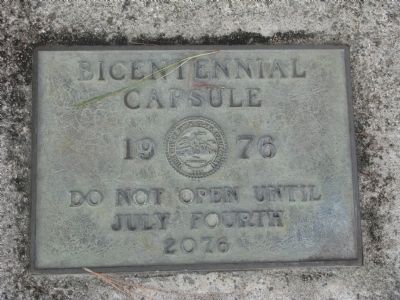 By Syd Whittle, November 5, 2009
3. Bicentennial Capsule
A time capsule is located at the foot of the marker.

Do Not Open Until
July Fourth
2076
such a route through the Desert Southwest for more than two centuries. (Submitted on November 21, 2009, by Syd Whittle of Mesa, Arizona.)

3. A KTEH TV Production of the DeAnza Trail on YouTube. In this video one learns the history and purpose of the DeAnza Expedition, the heritage of descendants of expedition members, and current sites along the trail. (Submitted on November 21, 2009, by Syd Whittle of Mesa, Arizona.) 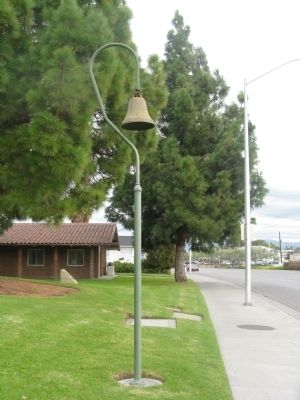