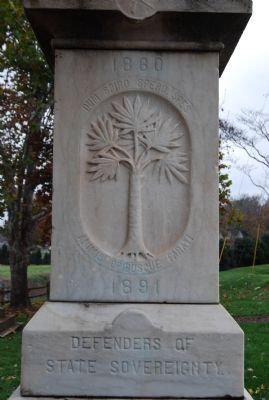 Location. 35° 0.462′ N, 80° 56.676′ W. Marker is in Fort Mill, South Carolina, in York County. Marker is at the intersection of Main Street (State Highway 160) and Academy Street, on the left when traveling east on Main Street. Touch for map. Marker is in this post office area: Fort Mill SC 29715, United States of America. Touch for directions. 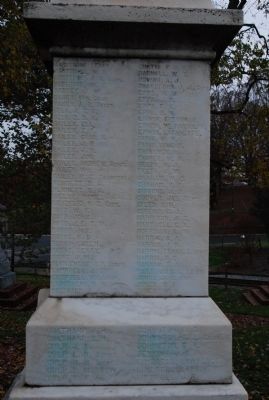 Additional comments.
1. Fort Mill Confederate Monument
The hamlet of Fort Mill was the site of the organization of one of the first companies raised to defend the South. Captain John M. White commanded this company, known as the Alston Riflemen, and offered its services to South Carolina. Unfortunately, some technicality forced both South Carolina and Alabama to turn down the offer. White later reorganized the company as the York Volunteers, also called the York Guard. It became Company H, 6th S.C.V. Regiment. After the reorganization of the army in 1862, it became Company B, 6th S.C.V. Regiment. White ultimately rose 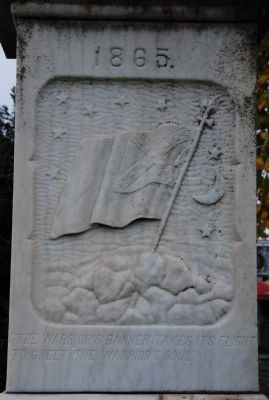 By Michael Sean Nix, November 25, 2009
3. North side
to the rank of lieutenant colonel of the 6th Regiment.

White, one of the largest property owners in the area, provided the land for the park and led the efforts to erect the four monuments. Although he was financially capable of purchasing them himself, White felt that "if the people of Fort Mill, especially the Confederate veterans, had a part in the purchase of the monuments, it would result in stronger interest and a deeper feeling of pride." On the park's completion, White donated it not to the municipal government but to the people of Fort Mill. The people subscribed to the fund for the monument honoring the Confederate soldiers, the monuments to the women, and the monument to the faithful slaves. White himself purchased the monument to the Catawba Indians.

White and his associates designed the monuments and ordered them cut to exact specifications. The pure marble statue of the Confederate soldier rests on a marble pedestal surmounting a foundation of cour granite elevations, standing sixteen feet. It is obvious that the figure, a Confederate picket 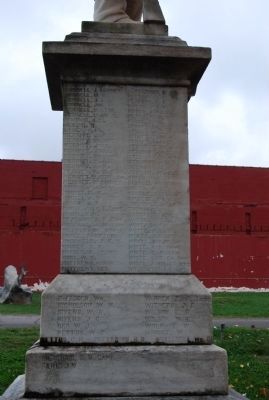 By Michael Sean Nix, November 25, 2009
4. West Side
standing at challenge, is not the typical design of most other Confederate monuments of the era. In 1891, White unveiled this monument, intending to...honor the Confederate soldiers, both living and dead, whose names are engraved on the monument. (Source: A Guide to Confederate Monuments in South Carolina: "Passing the Silent Cup" by Robert S. Seigler (1997), pgs 333-334.)
— Submitted January 9, 2010, by Brian Scott of Anderson, South Carolina. 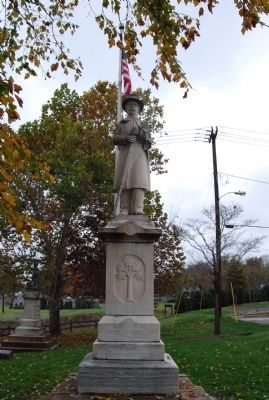 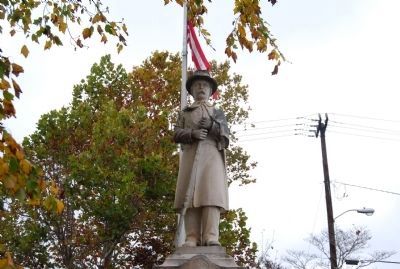