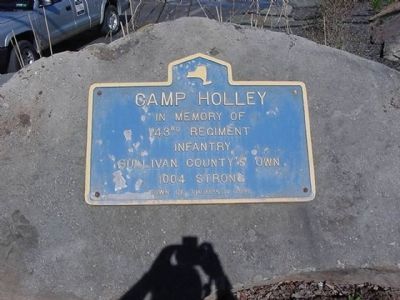 By Tom Rue, May 9, 2005
1. Camp Holley Marker
Inscription.
Camp Holley. . In memory of the 143rd Regiment Infantry, Sullivan County's own, 1004 strong. . This historical marker was erected in 1996 by Town of Thompson. It is in Monticello in Sullivan County New York

In memory of the 143rd Regiment Infantry, Sullivan County's own, 1004 strong.

Location. 41° 40.512′ N, 74° 40.381′ W. Marker is in Monticello, New York, in Sullivan County. Marker is on New York State Route 42, on the right when traveling north. The marker indicates the approximate spot where Camp Holley was located. Camp Holley was where the 143rd Regiment camped and trained prior to marching east to Goshen for deployment. Touch for map. Marker is at or near this postal address: 261 Route 42, Monticello NY 12701, United States of America. Touch for directions. 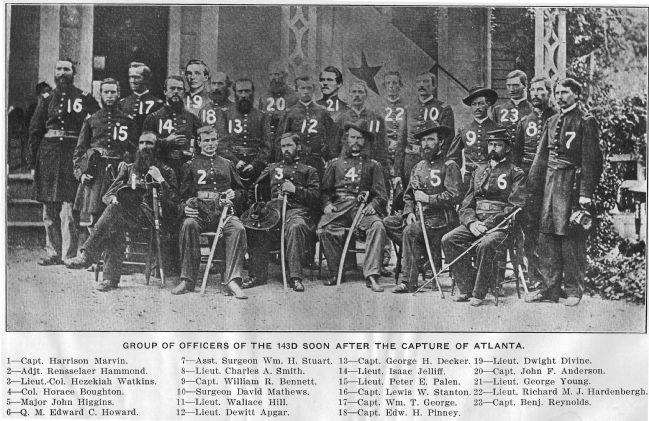 2. Officers of the 143rd Regiment Infantry
From "A Condensed History of the 143rd Regiment New York Infantry of the Civil War, 1861-1865", William B. McMillan, et al. (See higginsonbooks.com/cwny143ih.html)
away); Town of Thompson (approx. 2½ miles away); a different marker also named Methodist Church (approx. 5.7 miles away). Touch for a list and map of all markers in Monticello.

More about this marker. The marker is bolted to a boulder next to a fountain and small garden in the front yard of Leisure Time Ice & Spring Water Co. on the shore of Kiamesha Lake.

Also see . . .
1. A Condensed History of the One Hundred and Forty-Third Regiment New York Volunteer Infantry. (Submitted on December 20, 2009.)
2. History of the 143rd New York. The regiment started the war in the Eastern Theater but in the fall of 1863 was transferred to Tennessee. The men participated in the battles around Chattanooga, the Atlanta Campaign, and the Campaigns through Georgia and the Carolinas. (Submitted on December 20, 2009.) 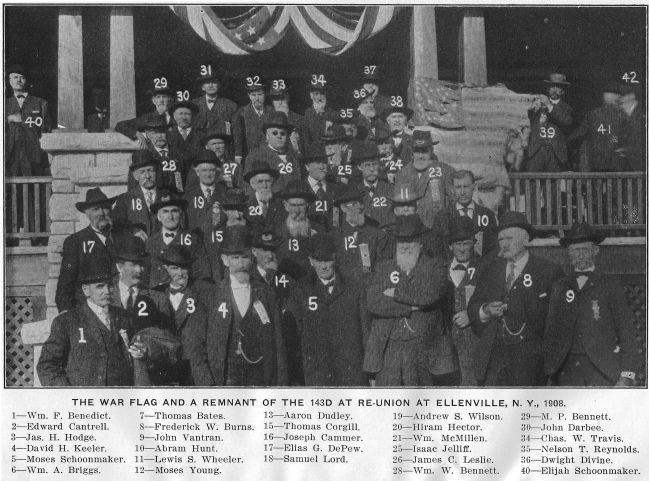